Roguelike dungeon crawler Pangeon now available for PC, coming to PS4, Xbox One, and Switch in 2020

Fight your way through the Pangeon to save the world from a potential tragedy. 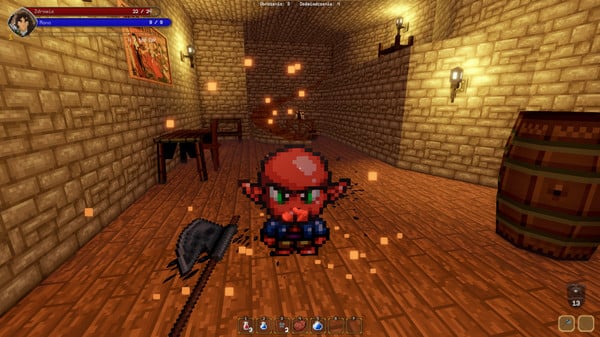 Publishers Ultimate Games and Gaming Factory, and developer Skrypious have released retro-style roguelike dungeon crawler Pangeon for PC via Steam, as well as announced that it will launch for PlayStation 4, Xbox One, and Switch before the end of 2020.

Pangeon is a single-player roguelike inspired by dungeon crawler classics. Dive right into a dungeon on a suicide mission to kill all the monsters.

Fight your way through to the bottom of the so-called Pangeon—an organization located in a dungeon that we know very little about (well, except the fact it contains something that has the potential to destroy the entire planet Earth)—eliminate the evil, and save the world from a potential tragedy.