Pode coming to PC on April 3 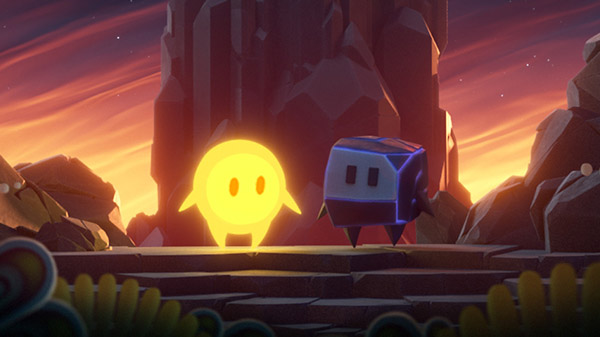 Cooperative puzzle game Pode, which first launched for Switch in June 2018 followed by PlayStation 4 in February 2019, is coming to PC via Steam on April 3, developer Henchman & Goon announced. Pre-purchases are available now via Xsolla at a 15 percent-off discount price from the standard $19.99 / €15.99.

“We are eager to bring Pode on Steam and expand its audience beyond console players,” said Henchmen & Goon CEO and Pode game director Yngvill Hopen in a press release. “We’ve always claimed that Pode is the most fun when played in co-op, and now through Steam’s Remote Play Together, it’s even easier. Players will be able to traverse the game world cooperatively without needing to be in the same room.”

Pode is a co-op puzzle exploration game about a rock and a fallen star working together to solve ancient puzzles in a stunning environment inspired by Norwegian art and culture. Travelling through the insides of a mysterious and magical mountain, Bulder and Glo breathe life into an ancient sleeping world and explore the ruins of a long lost civilization with their unique talents and abilities. Only by helping each other can these unlikely adventure companions solve the ancient puzzles that open the secret passageways up the caverns of Mount Fjellheim.

backspacer ⋅ Fatal Frame: Maiden of Black Water coming to Switch in 2021 ⋅ 5 minutes ago