Play your saves across any device. 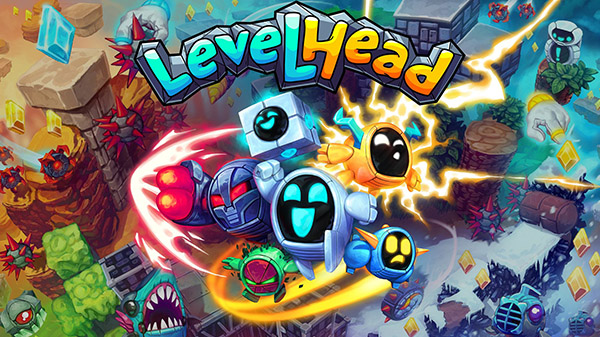 “Levelhead is all about bringing players together, and players these days straddle many platforms,” said Butterscotch Shenanigans co-founder Sam Coster in a press release. “We’re pushing the game industry’s standard for data portability forward by allowing players to seamlessly pick up and play their saves across any device. We’ve created a fluid play experience that goes well beyond the traditional platform boundaries, from a big-screen console experience, to the convenience of mobile, and back to the precision of a keyboard, all without interruption or unnecessary data locking.”

Listen up, new employee! The Bureau of Shipping has a fresh batch of GR-18 delivery robots running around, and someone has to teach them the ropes. That someone is YOU! Build incredible contraptions, responsive levels, and wild adventures in the Workshop, then share them with the rest of the world and gain a following. Grab your very own GR-18 delivery robot and tackle the challenging, 80+ level training course, then take your skills to the world stage and compete against other Levelheads for top times and scores.