Phantasy Star Online 2: Episode 6 Deluxe Package for PS4, Switch, and PC delayed to May 21 in Japan

No longer due out on April 23. 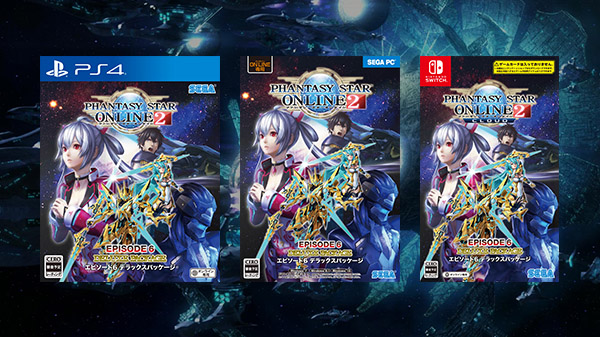 Sega has delayed the release of its Phantasy Star Online 2: Episode 6 Deluxe Package physical premium edition of the massively multiplayer online RPG’s latest episode from its previously planned April 23 release date to May 21 in Japan, listings at retailers such as Amazon Japan, Biccamera, and Yodobashi reveal.

Phantasy Star Online 2 is available now as a free-to-play title for PlayStation 4, Switch, PS Vita, and PC in Japan. The Switch version is the cloud-based Phantasy Star Online 2: Cloud. The game is currently in open beta on Xbox One in North America, with a planned release on both Xbox One and PC this spring.