Become a clone tasked with surviving the barren wastelands of Mars. 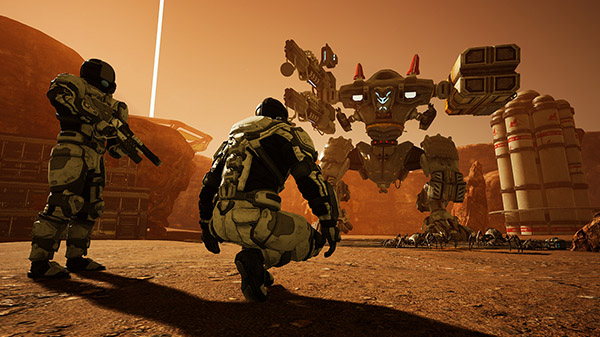 Following a Steam Early Access launch in June 2018, publisher 505 Games and developer Limbic Entertainment have fully launched open-world survival game Memories of Mars for PlayStation 4, Xbox One, and PC via Steam for $19.99 / £15.99 / €19.99. The Xbox One and PC versions are available at a 10 percent-off discount for the first week of release.

Set 100 years in the future, the dream of exploiting and colonizing Mars has proven impossible. Players will see themselves as recently awoken clones tasked with surviving the barren wastelands of Mars. Players must explore the unforgiving Martian terrain and build a habitable homestead while fighting off against a variety of dangers including strange enemies, extreme conditions and other human clone survivors. Players will also unveil the events that led to the withdrawal from the Red Planet in the hope to answer one question: can they escape?