Witness the birth of Ninja Gum... and its side effects. 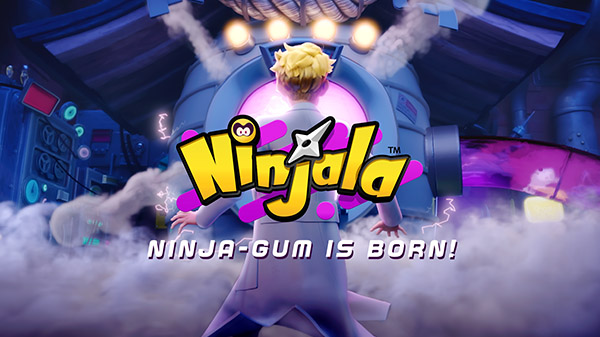 GungHo Online Entertainment has released “Ninjala Episode 0 – Ninja-Gum is Born,” a 10-minute CG movie for Ninjala, its free-to-play online action battle game due out for Switch on May 27 in the west and May 28 in Japan.

Here is an overview of the story and cast, via GungHo Online Entertainment:

Today, all their hard work finally pays off. It is here – on their 2,503rd attempt – that they finally succeed in producing Ninja-Gum!

Burton and Berecca can barely contain their excitement, and waste no time in trying the gum for themselves!

Watch the movie below.

TheQuakerOatsGuy ⋅ SNK vs. Capcom: The Match of the Millennium rated for Switch in Korea ⋅ one minute ago