Part 2 due out by the end of July. 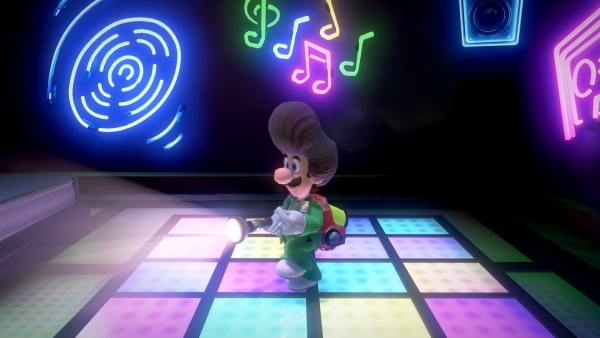 Nintendo has released the version 1.3.0 update for Luigi’s Mansion 3, as well as the first part of the downloadable content “Multiplayer Pack.”

And here is an overview of the downloadable content:

This DLC adds three bone-chilling new costumes that Luigi can don in the ScareScraper mode. It also adds matching spooky themes that randomly appear in the ScareScraper mode that will transform the appearance of the tower’s floors. Get ready to slam some specters too, because you might bump into a new themed ghost or two when you’re in there! If you’ve still got any nerves remaining, take a stroll over to the multiplayer ScreamPark mode as well, where three new madcap mini-games await.

The Luigi’s Mansion 3 Multiplayer Pack DLC includes both Part 1 and Part 2, can be purchased together for $9.99 in Nintendo eShop on Nintendo Switch. Luigi’s Mansion 3 Multiplayer Pack Part 1 is available now, and Part 2 will launch by the end of July with additional content and features for both ScreamPark and ScareScraper modes. Part 2 will contain three new mini-games for ScreamPark mode and three new ScareScraper outfits with matching floor themes and themed ghosts. As a special bonus for purchasing the DLC, you’ll receive an in-game Polterpup light called the Flashlight Type-P. You can use this during Story Mode or ScareScraper.

Hibari ⋅ Bloomberg: The Last of Us remake for PS5 in development at Naughty Dog ⋅ 8 minutes ago

Hibari ⋅ Bloomberg: The Last of Us remake for PS5 in development at Naughty Dog ⋅ 9 minutes ago

Hibari ⋅ Bloomberg: The Last of Us remake for PS5 in development at Naughty Dog ⋅ 11 minutes ago
Latest Open Forum