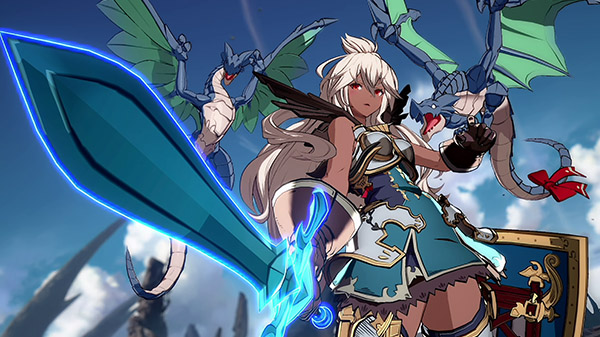 Zooey fights using a technical battle style where she fights in cooperation with Lyrn while managing her “Wyvern Gauge.” Her add-on also includes an exclusive Zooey skin for use in the original Granblue Fantasy game.

In addition to Zooey, Cygames also announced that a “Lumacie Archipelago” stage and two new lobby avatars (Rosetta and Yggdrasil) are due out in early April for 400 yen total (approx. $3.99).

The trailer that confirms Zooey is the “complete version” of the Character Pass 1 trailer first released in December 2019, this also time featuring first in-game footage of downloadable content characters Soriz and Djeeta, who are due out in early April.

Watch the trailer below. Another trailer is due out on March 24.