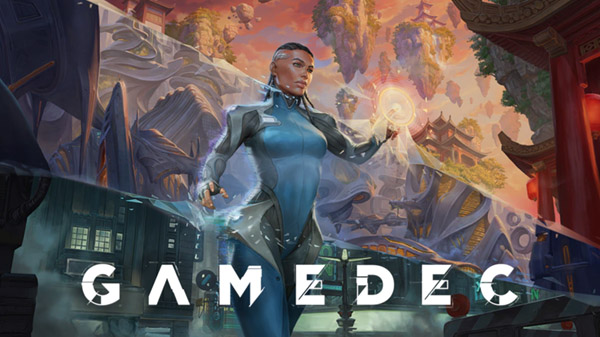 Anshar Studios has launched a Kickstarter campaign for Gamedec, its “single-player, non-combat, cyberpunk, isometric RPG” first announced for PC in August 2019. It is seeking $50,000 in funding for an estimated release in December and a beta in Q2 2020.

“What is crucial for us, is to gather feedback about our project and to develop it according to community opinions,” said Anshar Studios on the Kickstarter campaign. “That is why we decided to reach out for community support. We were hoping you could help us make a great game! This Kickstarter campaign will have an additional impact on how much more we can add to the game before its release. Also, it will let us collect some extra funds to expand Gamedec further and add some additional features that we were always dreaming of.”

Gamedec is a single-player non-combat cyberpunk isometric RPG. You are a game detective, who solves crimes inside virtual worlds. Use your wits to gather info from your witnesses and suspects, get to the bottom of deceptive schemes, save lives, and investigate the extraordinary relationships between virtual worlds and their inhabitants. The game continually adapts to your choices and never judges – You are the sum of your choices.

Welcome to Warsaw City of the XXII century. The Tech of the future is so advanced that the term “real” is relative and “life” and “death” have many meanings. Virtual worlds give rise to problems of the human nature: lust, sloth, envy, and pride. The residents of these virtual game-worlds need specialists—Gamedecs—Private Investigators with experience in those worlds who work to discover the secrets and explores mechanics hidden in those realities for the commission of your clients. You are one of them. You are a Gamedec.

Gamedec emulates the nature of tabletop RPGs by focusing on character development through decision making. Gather aspects and craft your unique set of professions that will allow you to lead investigations in a way that feet your style. Discover extraordinary relationships between the virtual worlds and their inhabitants thanks to the gathered information in the codex.

Like in classic tabletop RPGs, you’re given the freedom to approach situations from multiple angles rather than forcing a single solution – the choice is yours and yours alone.

Watch the Kickstarter campaign trailer and a new gameplay walkthrough video below.