Additional partners to be announced in the coming months. 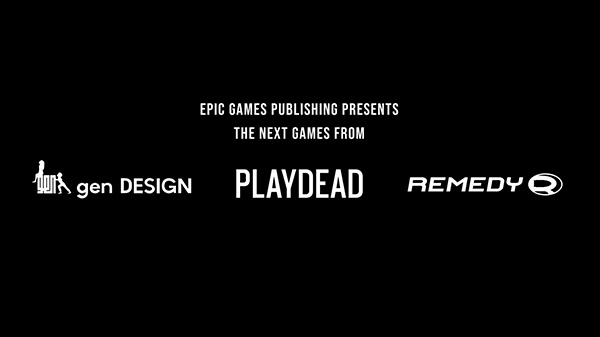 Epic Games has announced a multiplatform publishing effort with The Last Guardian developer genDesign, Limbo and Inside developer Playdead, and Control and Alan Wake developer Remedy Entertainment. These are the first three companies to announce a partnership with Epic Games Publishing.

Here is an overview of the publishing effort, via Epic Games:

The Epic Games approach to publishing fundamentally changes the developer / publisher model, and aims to have the most developer-friendly terms in the industry, so that creators can focus on making great games.

“We’re building the publishing model we always wanted for ourselves when we worked with publishers,” said Tim Sweeney, Founder and CEO of Epic Games.

“gen DESIGN, Remedy, and Playdead are among the most innovative and talented studios in the industry, with strong visions for their next games,” said Hector Sanchez, Head of Epic Games Publishing. “They will have full creative control, while Epic will provide a solid foundation of project funding and services.”

Additional information, development partners, and games will be announced in the coming months.

It should be noted that Remedy Entertainment shared a bit more information earlier today, when it announced that Epic Games will publish one AAA game and one smaller scale game for next-generation consoles and PC.

Watch a video below.