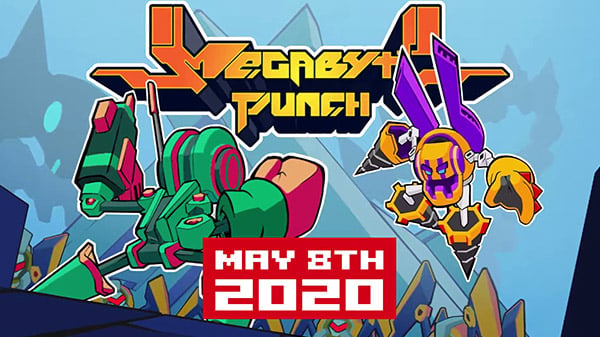 Lethal League developer Team Reptile will release a Switch version of “electro beat ’em up” Megabyte Punch via the Nintendo eShop on May 8, the company announced.

Megabyte Punch first launched for PC via Steam in October 2013. The Switch version will feature two exclusive bonus stages not available in the PC version.

Here is an overview of the game, via Team Reptile:

Megabyte Punch is an electro beat ’em up game with platforming elements in which you build your own fighter while playing!

Megabyte Punch takes place in a computer universe where you have to protect the Heartcore of your village. You defend your people from the Valk Empire and the dreaded Khoteps in six different levels with each three stages and a boss fight!

As you travel through the worlds, you battle other creatures to get their parts. Parts have their own powers and bonuses, like gun arms for a shoot ability or powerful hips for a devastating pelvic thrust attack. The whole adventure is playable with up to four players at once. Using the abilities of your customized fighter, you can also battle your friends in a destructible arena or you can compete in the tournament to test your own skills.