Children of Zodiarcs coming to Xbox One, Switch on March 27

First launched for PlayStation 4 and PC in July 2017. 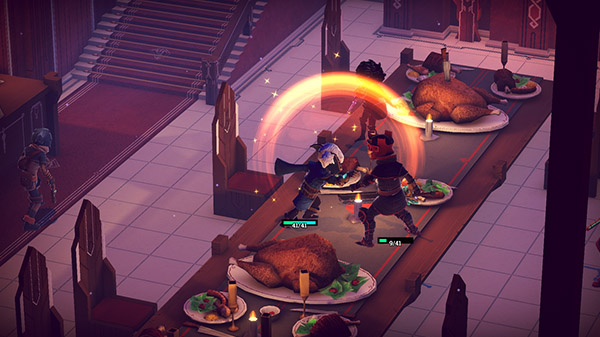 Children of Zodiarcs, which first launched for PlayStation 4 and PC via Steam in July 2017, is coming to Xbox One and Switch on March 27, publisher Plug In Digital and developer Cardboard Utopia announced. Pre-orders are available today.

Red Art Games has also opened pre-orders for a limited print physical edition of the Switch version for €34.99. Only 2,800 copies will be produced.

Here is an overview of the game, via Plug In Digital:

Infiltrating the chambers of a decadent noble, Nahmi and her fellow thieves intend to steal a priceless relic. But what awaits them is more than anyone bargained for.

Relentlessly pursued by city guards heavily armed with deadly Zodiarc weapons, they are forced to make a desperate escape through gilded palace chambers, sun-drenched slums and dank underground catacombs. As they battle rival bandit gangs and even a clan of subterranean cannibals, it becomes clear that they have only each other to depend on. To emerge victorious, they will need to trust one another and use everything at their disposal, making choices that no one should have to make.

Can a motley crew of outsiders survive this vicious world without sacrificing their own humanity?

Watch the PlayStation 4 and PC launch trailer from July 2017 below.