You versus 149 other players. 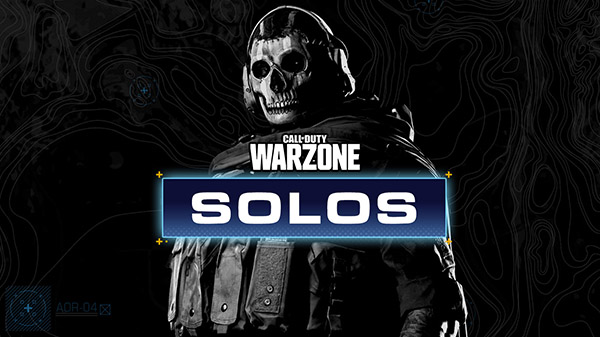 Here is an overview of Solos, via the Activision Blog:

In Solos, you drop into Verdansk alone with Battle Royale rules. That means no squadmates, no friends—only you and a pistol with a few bullets. Think of this as Free-For-All in a traditional Call of Duty game, but on a massive scale.

As you loot, complete Contracts, and survive against up to 149 other players, the circle collapse will roll in just as it does in a normal Battle Royale. The Gulag will still welcome in prisoners of the Warzone, but if you die in that one-versus-one Gunfight, forget any form of redeployment—you’re out for good.

Because you will have no squadmates to rely on or watch your back in Solos, every decision may determine life or death.

This begins while on the plane as you plan your infiltration. Watch the top right corner to see how many players dropped in, and keep your eyes peeled for where those red smoke trails fly over. If you’re looking for a fight, follow those trails. If not, try landing in more remote places to build your loadout before taking on other players.

When you hit the ground, intel becomes the most powerful weapon for survival. Along with paying attention to the Tac Map and Compass, be especially thorough about finding, and equipping, reconnaissance tools such as the Recon Drone, Heartbeat Monitor, and UAV. The last of these tools can be bought through Buy Stations, which are active during this mode.

Speaking of Buy Stations, you can also still buy Self-Revive Kits or find them in Verdansk. Keep this in mind when fighting other Operators; usually, they will instantly die after being reduced to zero health, but if they have a kit, they have the chance to jump back up and get their revenge. With that in mind, always ensure you have a confirmed kill before turning your attention towards the next firefight.

Finally, Solos is a great way to practice the fundamentals of Warzone. Solo games are a good option for players who want to train up on weapons, equipment, perks and map knowledge. With only your senses and your HUD to rely on, a Solos match can offer a trial-by-fire that can provide plenty of learning experiences for your future drops.

Ultimately, a win in Solos is because you—and only you—outlasted the competition. Drop into some Solos, prove yourself against the world… And celebrate the victories when they come.

Call of Duty: Warzone is available now for PlayStation 4, Xbox One, and PC.