A look at the updated HUD, new music, summons tech, and more. 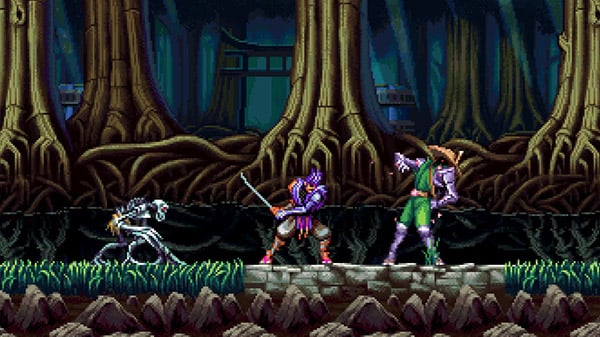 Pixel Arc Studios has delayed its Kickstarter-funded, futuristic ninja action platformer Bushiden from its previously planned release window of “by August 2020” to spring or summer 2021. It will be available for PlayStation 4, Switch, and PC via Steam.

“We want to be clear that the game is in good shape,” the developer said in a blog post. “The team is not struggling with anything, the core technology is solid, and the assets (art, music, sound effects) are all coming along nicely. Everyone who has played early builds of the game has come away very positive and enthusiastic about it.”

The developer continued, “The team needs more time to make the game everything that you all expect it to be. This includes making sure the combat and enemy AI are engaging, the level layouts are fun and unique, and the boss battles deliver the challenge and thrill that boss battles should deliver in a game like this. We are working very hard to make sure Bushiden lives up to your expectations.”

Sal Romano ⋅ Tales of Arise ‘Tales of Festival 2020’ trailer, further news to come this spring ⋅ one minute ago