The first in a series of letters from producer Kauzhiro Igarashi. 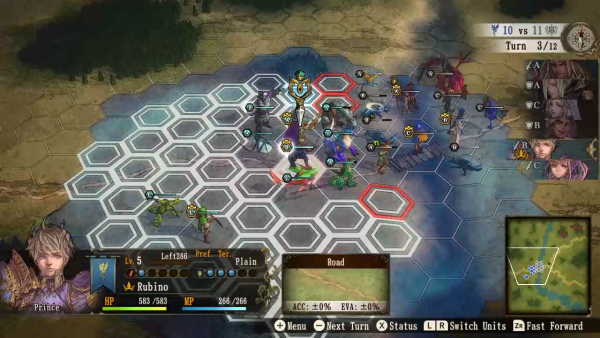 Publisher Happinet and developer Matrix Software have published the first in a series of letters from Brigandine: The Legend of Runersia producer Kazuhiro Igarashi, which go into more detail on the turn-based strategy RPG.

Get the full letter below.

An Introduction to the Letters

Hello everyone! I’m Igarashi, the producer of Brigandine: The Legend of Runersia.

First, a big thank you to all of the fans who have been eagerly waiting for this game. Rest assured, we’re pouring our hearts and souls into getting it into your hands as quickly as possible. There’s still some time until June 25, but we appreciate your patience!

In this letter, I want to introduce gameplay features and answer some questions. This won’t be a regular feature, but I’ll try to share as much information as I can whenever possible. Basic information about the game can already be found on the official homepage and gaming media sites, so I’ll be sharing content that goes into a bit more detail.

I’ll start by talking about the difficulty levels in the main mode called “The Legend of Runersia.”

In this mode, you choose one of six nations to join as you conquer Runersia. You can also choose the difficulty level at the beginning of the game. If you’re new or not used to this game genre, I would recommend going with Easy.

We’ve also included other features aside from difficulty levels to help newcomers learn the basics quickly. First, we have the “Training” mode, or what you would call a tutorial mode. This is where you can get hands-on instruction about gameplay basics. You can also turn this guide on or off after starting the game. When active, you’ll see advice about gameplay, skills, spells, and more as you play. The advice offered in this guide and in the TIPS (which includes strategies and trivia) shown on the loading screen can be viewed at any time from the “Options” menu. Once you understand the rules, you’ll see how enjoyable these simple yet intriguing gameplay mechanics can be!

As for veterans of the series who have played Forsena or Grand Edition, you’ll most likely feel right at home with the Hard difficulty. What are the differences between the three levels exactly? I’ll be covering that in the next letter.

Thank you for reading!

Brigandine: The Legend of Runersia is due out for Switch on June 25 worldwide. Read more about the game here.

Sega Saturn ⋅ PS5: The Future of Gaming presentation set for June 4 ⋅ 14 seconds ago