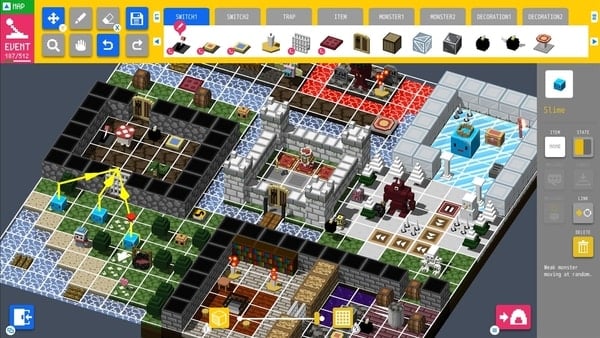 The controls are easy, but the dungeons you create can be as canny and deadly as your imagination allows. Just use your head together with BQM’s traps and gimmicks. Puzzles, action, story—which type of dungeon will you make?

BQM comes with plenty of built-in dungeons in Challenge Mode.

Watch a trailer for the Xbox One version below.

Tifa Lockhart ⋅ Space Jam: A New Legacy – The Game for Xbox Series, Xbox One launches July 1 for Xbox Game Pass Ultimate users, July 15 for everyone else ⋅ 9 minutes ago