Collect the souls of your fandom as an idol from the underworld. 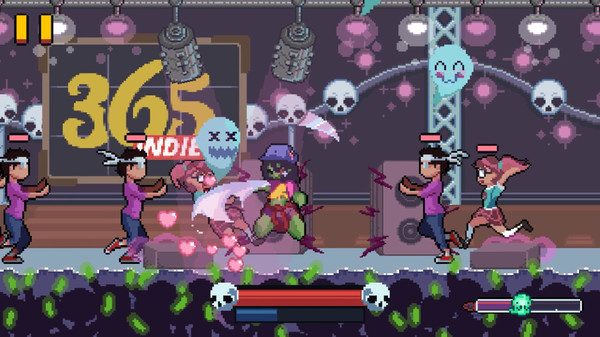 Publisher Eastasiasoft and developers Pippin Games and Top Hat Studios will release beat ’em up action game Kawaii Deathu Desu, which first launched for PC via Steam in August 2019, for Switch via the Nintendo eShop on April 16 for $4.99 / €4.99, the companies announced. Digital pre-load will begin on April 9, and users who purchase the game before April 29 will receive 20 percent-off.

Collect the souls of your fandom as an idol from the underworld!

In Kawaii Deathu Desu, supernatural beings find themselves incarnated as cute Japanese idols! Halfway between cute and terrifying, these hellish idols start a competition that spans the world with a singular goal; to decide who can claim the throne of the underworld. What type of competition will this be, however? As beings of the underworld, the next to inherit the throne will be determined by whoever can collect the most souls from faithful followers. With that in mind, as idols, there’s no better way to victory than mowing your own fans at shows!

For fans of fast-paced beat’em ups, you’ll feel right at home here. Pick a supernatural idol and beat the hell out of – no pun intended – as many overzealous fans as you can.