Discover the truth about your bloodline and its darkest secret. 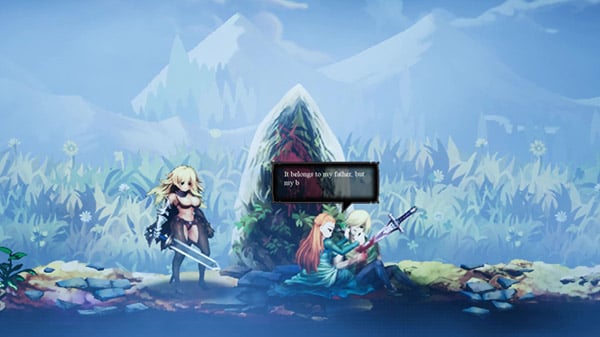 A Switch version of O.T.K Games-developed 2D action RPG The Vagrant, which first launched for PC in July 2013, is in development at DICO and will be published by Rainy Frog, the developer announced.

In addition to the languages supported by the PC version (English, Japanese, Simplfied and Traditional Chinese, Korean, Italian, Russian, Ukrainian, Brazillian Portuguese, and Spanish), the Switch version will also include French language support.

Journey into a gorgeous hand-painted fantasy world known as Mythrilia and discover the truth about your bloodline and its darkest secret. Play as Vivian the Vagrant, a traveling sellsword, who follows her lost father’s research in an effort to reunite with her family. Hack and slash a path from a quiet coastal village through mysterious forests, haunted castles, and wrecked battlegrounds. When the endless barrage of enemies have been vanquished, what solace will be left for our hero?

The Vagrant is a 2D action RPG. As Vivian, you will experience an exciting and challenging adventure focused on combat gameplay that utilizes combo chains, charge attacks, and special skills, all while improving your character’s build through new equipment and abilities. Play casually or become a master combatant.