Batman: The Enemy Within, Castlevania: Lords of Shadow 2, and more. 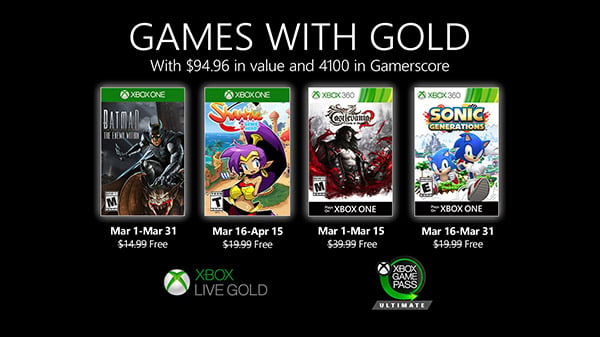 Microsoft has announced its lineup of free games for Xbox Live Gold subscribers in March 2020.