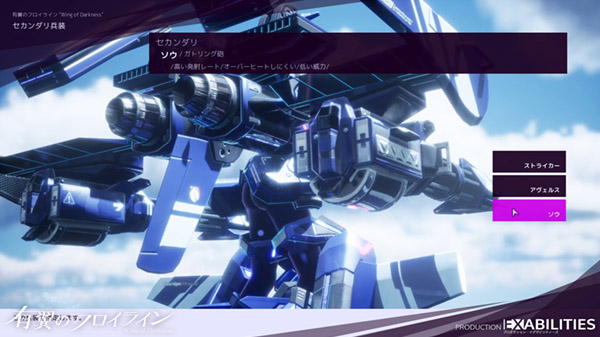 The young girls who fight the Blanker that swarm the skies are known as “Fraulein.” These girls wear wings on their backs, becoming the weapon that faces the darkness for their sake, for their friend’s sake, and to protect those that cannot protect themselves.

This game is divided into two parts. The first part is an exhilarating, action-packed shooting game featuring the girls and their battles. The second part is made up of beautiful cutscenes featuring their everyday life and their struggle to overcome their differences. Experience the Fraulein from two contrasting aspects!

Cutscene Parts
Larger-than-life depictions of the girls on the battlefield.