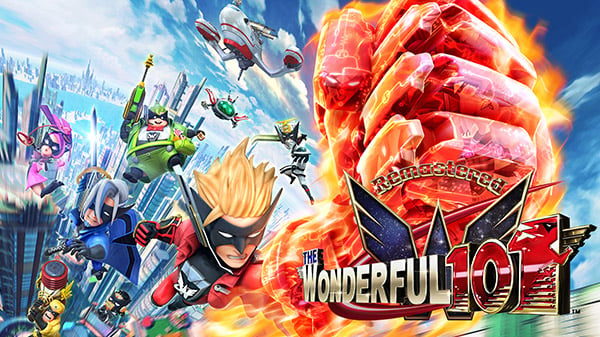 PlatinumGames has launched a Kickstarter campaign to bring a remastered version of the August 2013-released Wii U title The Wonderful 101 to multiple platforms.

At the base funding goal of $50,000, The Wonderful 101: Remastered will release for Switch, and at $250,000 and $500,000, it will release for PC via Steam and PlayStation 4, respectively. An Xbox One version is not a visible stretch goal, but director Hideki Kamiya suggested that it will be in an interview with Gematsu.

(Update 6:56 p.m.: The Wonderful 101: Remastered is currently at over $665,000 in funding, confirming the game will release on all three announced platforms. New stretch goals have been added, but do not include an Xbox One version. At $1 million in funding, a “Time Attack” mode will be added, and at $1.5 million, “a new 2D side-scrolling adventure starring a young hero” called “Luka’s First Mission” will be added.)

(Update 02/04/20 at 5:40 p.m.: The Wonderful 101: Remastered is currently at over $1.2 million in funding. A $1.75 million stretch goal has been added that adds a remixed soundtrack to the game featuring a secret special guest. Regarding platforms other than Switch, PlayStation 4, and PC, the official FAQ now clarifies, “We are absolutely listening, and if this campaign is successful enough to allow us the flexibility to port the game on additional platforms, we’d love to make it happen.”)

In a press release, PlatinumGames said it will be able to self-publish The Wonderful 101: Remastered, which was originally published by Nintendo, as well as bring the title to other platforms, “thanks to the kindness of Nintendo.”

Here is an overview of the game and Kickstarter campaign, via PlatinumGames:

About The Wonderful 101: Remastered 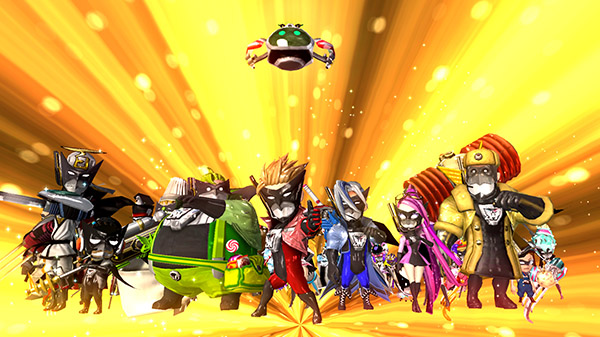 The Wonderful 101: Remastered will feature various refinements overseen by director Hideki Kamiya to make the game more user-friendly for players. These improvements include on-screen directives, sub-menu placement, information pop-ups, and unique game play adjustments for new hardware. Although Kamiya feels The Wonderful 101 is already one of his largest games, completely new modes will be added if the corresponding stretch goals are met! These modes will be available later to backers will receive them for free!

About the Kickstarter Campaign 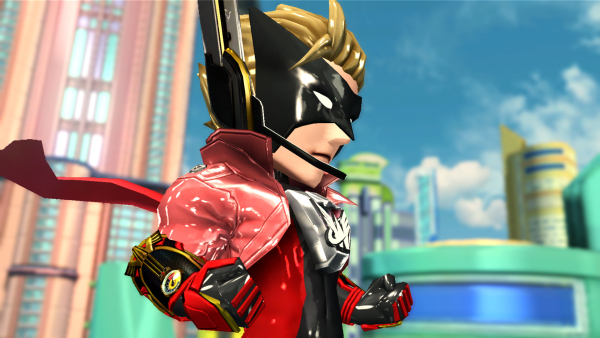 Backers will be able to support the campaign at a wide array of reward tiers and with exclusive goods ranging from The Wonderful 101: Remastered soundtracks, comics, and art books, to extremely rare, one-of-a-kind items like pendants, custom-made masks, and jackets! There will also be a “Defense of Blossom City” social media challenge, in which supporters can unite to achieve certain social media goals to open up additional rewards and increase awareness of the campaign.

Director Hideki Kamiya and producer Atsushi Inaba will also be actively involved in the month-long campaign, providing weekly updates with an inside look into the development of The Wonderful 101: Remastered and interviews with key team members.

Gematsu interviewed The Wonderful 101: Remastered director Hideki Kamiya back in September 2019 regarding the launch of the then-upcoming Kickstarter campaign. Find our full interview with Kamiya below.

—Cory Arnold (Gematsu): Considering The Wonderful 101 was originally published by Nintendo and released for Wii U, is it safe to assume The Wonderful 101 Remastered will only release for Switch, or will it be possible to bring to other platforms?

Hideki Kamiya (PlatinumGames): “The initial goal is Switch. Depending on stretch goals, we will be porting it to more and more consoles like PlayStation 4, Xbox One, and Steam. That is the goal right now.”

—You mentioned Steam, so is the Epic Games Store not in consideration?

Kamiya: “We are focusing on where the biggest user base is, so while we are open to other things right now we are thinking about Steam.”

—Why did you decide to bring The Wonderful 101 to new platforms? Did you talk to Nintendo about a port?

Kamiya: “We felt it did not quite reach the audience that it deserved. As creators we are very confident in the game. This project is a unique opportunity to bring the fans together and see how far the game can go, which is why we went the crowdfunding route. We did speak with Nintendo about it initially, but they said, ‘you either do it only with us or do it yourselves.’ But speaking with them they allowed us to cut a deal, so we took upon ourselves to start this project. Dangen Entertainment is helping us. We have seen successful campaigns in the past, Bloodstained in particular, so we saw it as a very unique and interesting opportunity.”

Kamiya: “In terms of the base game content, we are still very happy with the amount of content in the game and we feel it has a lot of content. So there is nothing in particular that we want to add, but the biggest thing we want to change is tweaking the game’s interface to make it more user-friendly. It’s possible we could add some aspects to Unite Morph, new game modes, maybe new characters through stretch goals, but for now expect the same base game. Anything content met through stretch goals will be in the base game at release, not in downloadable content later down the line.”

—Could you speak specifically about some of the things you want to tweak? Have you considered any feedback from users, or reviews? I have seen some people have issues with the camera for example.

Kamiya: “I don’t those people are talking about (laughs). We are making tweaks or changes based on our own ideas rather than outside parties. We don’t necessarily see things as bad and improving them, instead we are taking things that are already good and trying to make them even better.”

—What do you think the main reason was for the original release not reaching as many people as you had hoped? Do you think it was due to Wii U hardware sales or perhaps people being unsure about what the game is?

Kamiya: “It’s attributed to both I think. The Wii U didn’t sell very well, that’s just the fact of the matter. In terms of the game itself, I consider The Wonderful 101 to be a unique title. Games like Bayonetta or Devil May Cry are easier to identify. I have confidence in the game, but there may have been the case where users couldn’t quite tell what The Wonderful 101 was. That’s another reason we want to do this campaign; with modern platforms and audience we think it will be well-received. We want to let people know what kind of game this is, why they need to play it, and why they may want to back it.”

—Will users still be able to activate Unite Morph both through touchscreen gestures and using the right analog stick?

Kamiya: “Since the Switch has a touchscreen, both options will still be available. Obviously for something like PlayStation 4 the only option will be the stick. I myself prefer using the stick.”

—Will multiplayer return and could there potentially be any online functionality?

Kamiya: “The original had the multiplayer mini-game. We don’t have any set plans for it nor online at this point, but it is something we are very interested in doing. With modern days users, everyone likes to play online so if that is possible it would also be cool.”

—OK, so I probably know the answer to this, but since you have brought Bayonetta 2 from Wii U to Switch and are now working on bringing The Wonderful 101 to other platforms, is there any possibility that Star Fox Zero will come to Switch?

Kamiya: “Star Fox is a Nintendo IP, so while we helped make it, we are not in a position to say we want to do this. It is up to Nintendo.”

—It always seems like Platinum is working on a million things at once. Some people wonder if there are multiple teams working on different projects in a similar way to how Square Enix has a team in Tokyo and a team in Osaka.

Kamiya: “We don’t have any specially divided teams per se. We have about 220 people in our Osaka office and we may divide people up to work on different tasks or projects.”

—Thanks for your time, Kamiya-san! Is there anything else you would like to say before we sign off?

Kamiya: “We really appreciate the support of the fans, we think The Wonderful 101 is a great title and really want the fans to ‘unite’ together and make this a wonderful campaign to help it reach a lot of players. We need your help to make this great game reach a lot of platforms.”

Watch the Kickstarter campaign trailer below. View the first screenshots of The Wonderful 101: Remastered at the gallery.