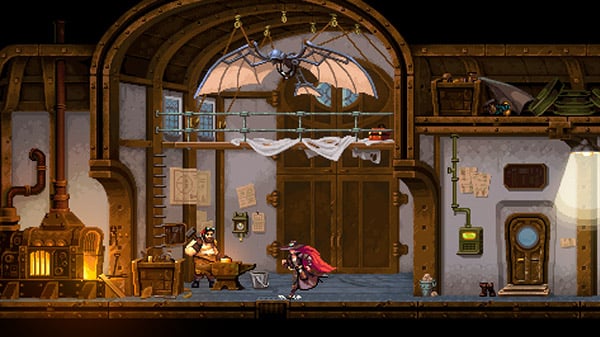 “We’re incredibly excited to be working with the team at Metamorphosis Games on Gestalt: Steam & Cinder,” said Sold Out product manager Konstantinos Ntaflos in a press release. “The game is shaping up to be a unique action-adventure, combining gorgeous steampunk visuals and a riveting narrative with RPG elements and a deep combat system that we know fans will love.”

A demo of Gestalt: Steam & Cinder will be playable at PAX East 2020, which runs from February 27 to March 1 at the Boston Convention Center.

Join Aletheia and a vibrant cast of characters as they find themselves embroiled in a race to discover the secrets of the massive, steam-powered city of Canaan, the last bastion of mankind. Unravel centuries-old conspiracies, battle hosts of monstrous automata and thwart the twisted schemes of the city’s corrupt overseers, the Comitium, as you fight for mankind’s survival and discover the dark truth of the Steam City’s origin.