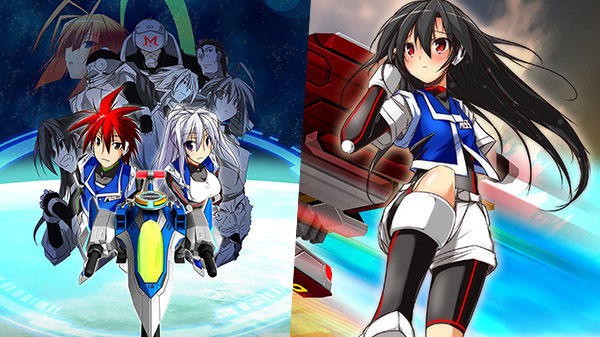 Ginga Force was first released for Xbox 360 in February 2013 in Japan. This is the first time it is being released outside of Japan.

Natsuki Chronicles was first released for Xbox One in December 2019 worldwide.

“Ginga Force and Natsuki Chronicles are both projects we placed a lot of effort into and we’re excited for the western release of both games,” said Qute Corporation president Takeshi Osako in a press release. “Shooting games are a special genre with a passionate fanbase and we’re excited to be working with Rising Star Games to reach an even broader audience with these two great shooters.”

Fight over the Earth-like planet of Seventia and its scarce resources of Septonium. A vertical shoot ’em up at its core with an added focus towards immersive storytelling. Follow the story of Alex and Margaret, two exceptional pilots, for the first time on Steam.

New dramatic horizontal shoot ’em up that takes place in the same setting as Ginga Force. An immersive story that follows protagonist Natsuki. Discover the story of her past as a rookie pilot up to present day with events that are parallel to those in Ginga Force.

Both Ginga Force and Natsuki Chronicles are playable at the Rising Star Games booth at PAX East 2020, which runs from February 27 to March 1 at the Boston Convention Center.