The latest entry in the classic SaGa series. 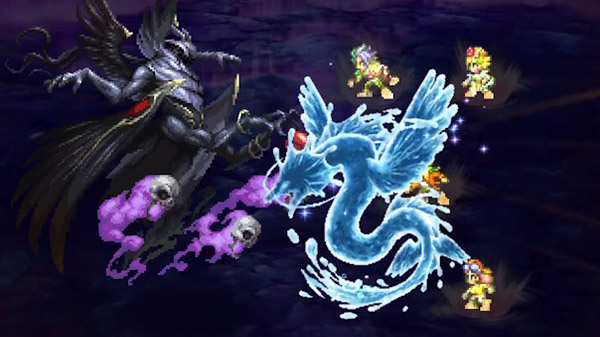 Romancing SaGa Re;univerSe will launch for iOS and Android this summer in the west, and pre-registration for an Android-only closed beta test is available now, Square Enix announced.

The smartphone game, which is set 300 years after Romancing SaGa 3 and features an original story with returning characters from the series, first launched in December 2018 in Japan, and has since been downloaded over 15 million times.

Experience a classic Japanese RPG for a modern age! Romancing SaGa Re; univerSe will be available soon! Pre-register now!

Discover for yourself why the SaGa series is beloved by RPG fans across the world! Beautiful art, unforgettable songs, and a tactical battle system friendly to both casual and hardcore players await you!

Nepper ⋅ The Legend of Heroes: Trails of Cold Steel IV coming west for PS4 this fall, Switch and PC in 2021 ⋅ 13 minutes ago
Latest Open Forum