Pokemon dungeon RPG due out on March 6. 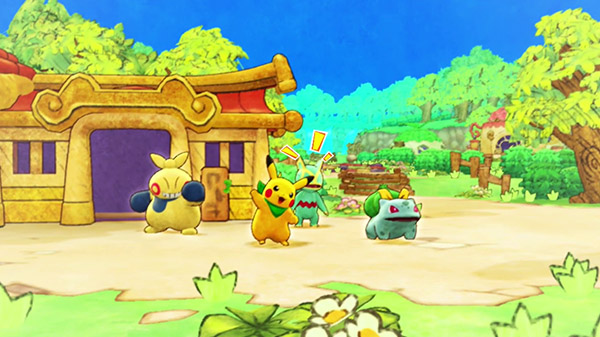 What would you do if you woke up one morning…and you were a Pokemon?!

You can meet and recruit Pokemon in a dungeon-crawling adventure within their world! Build a rescue team to take on mysterious, changing dungeons and strategically plan your moves as you venture forth to make the Pokemon world a safer place…and uncover your true purpose along the way.

As you recruit Pokemon, these trusty teammates will need somewhere to stay, so build camps to house, manage, and strengthen your Pokémon friends. Think hard about who is right for the job and how to approach each mysterious dungeon as you prepare a rescue team. You’ll move a single square at a time or use Auto mode to speed up movement until you engage other Pokemon in turn-based battles—but don’t forget about Pokemon strengths and weaknesses! This version adds gorgeous watercolor-inspired graphics, and more! Get comfortable in being a Pokemon, there’s a lot of work to do.

Pokemon Mystery Dungeon: Rescue Team DX is due out for Switch on March 6. A demo is available now.

Secret of the Makuhita Dojo

Secret of the Makuhita Dojo