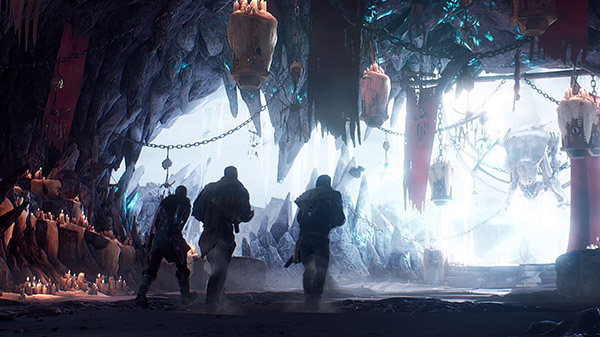 Publisher Square Enix and developer People Can Fly have released the reveal trailer for the E3 2019-announced cooperative RPG shooter Outriders, as well as announced that it will release for PlayStation 5 and Xbox Series X in addition to its previously announced PlayStation 4, Xbox One, and PC versions. Launch has been delayed from its previously planned summer release window to holiday 2020.

Square Enix also announced that it will host a gameplay reveal live stream for Outriders on February 13 at 12:00 p.m. PT / 3:00 p.m. ET featuring game director Bartek Kmita, lead writer Joshua Rubin, and host Malik Forte. You will be able to watch it on YouTube and Twitch.

Outriders is an RPG shooter set in an original, dark and desperate sci-fi universe. As mankind bleeds out in the trenches of Enoch, you’ll create your own Outrider and embark on a journey across a hostile planet. With rich storytelling spanning a diverse world, you’ll leave behind the slums and shanty towns of the First City and traverse forests, mountains and deserts in pursuit of a mysterious signal. Combining intense gunplay with violent powers, along with an arsenal of increasingly twisted weaponry and gear-sets, Outriders offers countless hours of gameplay from one of the finest shooter studios in the industry.