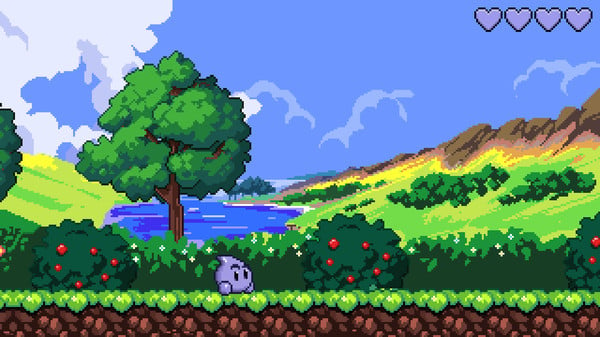 Tommy Visic, creator of the 2004-released platformer Glace, has announced the reinvented Spirit of Glace for PC. It will be available for “most consoles,” as well as for PC, Mac, and Linux via Steam. A release date was not announced.

Spirit of Glace is a story-rich, open-world adventure platformer that tells the unforgettable tale of Glace, a small creature who suddenly appears out of nowhere during a strange experiment. Deemed an unwanted byproduct, Glace is cast away to a dying world where the inhabitants beg for help against a mysterious force.

In Spirit of Glace, players guide the little purple blob as he explores an unknown world rendered in gorgeous pixel art. Help Glace discover true purpose by finding his family and guarding their world against a coming withering darkness. Players will find a fresh platforming adventure as they run, jump, fight and ricochet through the environment.

Spirit of Glace is based on the original title, Glace, from 2004 and is a complete reboot / reimagination brought to you by the original developer.