Plus new details on the action RPG sequel. 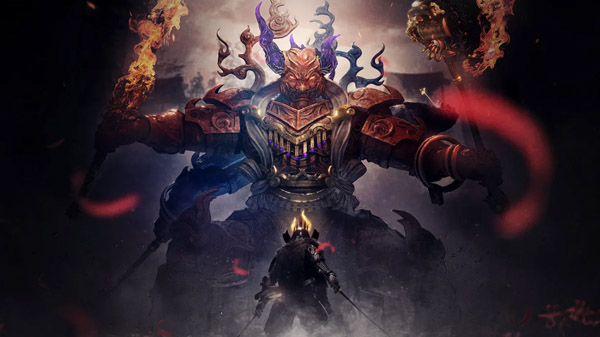 Publisher Koei Tecmo and developer Team Ninja will release a time limited “Last Chance Trial” demo for Nioh 2 via the PlayStation Store on February 28 at 12:00 a.m. PT, which will run through March 1 at 11:59 p.m. PT.

The demo will feature three missions, detailed character customization, the ability to summon Yokai to assist in battle, and the new Switchglaive weapon. Save data from the demo will not carry over to the full game, but your created characters appearance does.

Here are some new details on the game, via the PlayStation Blog:

Like many players, I love masocore games that test my skill and force me to improve while also building up my character. I’ve played my fair share of action RPGs set in dark fantasy worlds, where the lowest-ranking enemy can one-shot careless players. Despite my appreciation of the genre, I missed out on the first Nioh, and have anticipated Nioh 2 as a jumping-on point for the series.

After playing the game for a few hours, I walked away with a clearer picture of what makes Team Ninja’s samurai journey unique within the tough-yet-fair genre.

“Japanese people are familiar with the concept of Yokai,” says Fumihiko Yasuda, Team Ninja producer. “We’ve grown up hearing stories about them in folklore and they can appear in many different forms. Not all of them are enemies; some are friendly or are simply spirits that live in objects. We wanted to share that Japanese tradition with the world, that’s why it’s special to me.”

These spirits are much more than eye-catching set dressing – they’re intrinsically woven into combat. Bosses may summon raging boars or fiery wolves to cut you down mid-battle. Unlike the previous game, players can summon their own Yokai to perform powerful attacks, like a brutish ogre that clobbers foes with a huge club. Don’t let these powerful attacks make you overconfident, though – you’re still susceptible to deadly attacks. The layer of Yokai-enhanced combat keeps melee feeling fresh.

Every weapon swing, dodge roll, and blocked attack costs you stamina. This resource is called “ki” in Nioh 2. Mastering the Ki Pulse technique is critical for outlasting your foes, and sets Nioh apart. Tapping the R1 button with precise timing as you complete a combo triggers a Ki Pulse, quickly restoring your ki. To assist timing, pay attention to energy collecting towards your character, and the white bar filling atop your ki bar. Practice this critical technique early on, and you’ll be thanking yourself later.

Certain enemies shroud themself in the ki-sapping Dark Realm. Sometimes this manifests as a puddle-like aura emanating from a singular enemy. The effect slows ki regeneration to a crawl, but a well-timed Ki Pulse instantly dissipates this aura. In Nioh 2, some enemies cause entire rooms to be corrupted by the Dark Realm. Dispel the bad mojo by destroying that enemy. The Dark Realm wrinkle can infuse the most average battle with new challenge, so don’t rest on our laurels.

Nioh 2 features a robust arsenal of close-combat weapons. Choose a trusty katana, massive hammer, or get stylish with chained kusarigamas. The breadth of options is matched with impressive depth, as each weapon supports low, medium, and high stances. Low stance is highly defensive with short, safe, low-damage attacks. High stance prioritizes big, high-risk attacks that leave players open to lethal damage. Naturally, the medium stance is an all-purpose balance. The exciting benefit is that there’s much to master about each specific weapon, even after you master the medium stance.

“Nioh [1] had seven weapon types. With Switchglaives and Hatchets players have two new weapon types [in Nioh 2],” Yasuda-san says. “They’re all well-balanced — no one weapon type is better than another. Dual hatchets have long range, and depending on your stance they will have different range and different combos. Try them and find out what works best for you!”

Fans of masocore epics should absolutely dive into Nioh 2. Appreciation for the genre isn’t requisite to enjoying Team Ninja’s latest, however. Nioh 2 packs in enough customization and depth that players are bound to find a weapon and combat style that suits their style. Be cautious, master your ki, and prepare for a potent challenge with every step.

Nioh 2 is due out for PlayStation 4 on March 12 in Japan and March 13 worldwide. If you missed it, watch the latest trailer here.

Anime-inspired beat ’em up game Aeon Must Die! launches in 2021 for PS4, Xbox One, Switch, and PC

MrKappa ⋅ Genshin Impact for PS4 launches this fall ⋅ 4 minutes ago