Become a maid and save the life of your Lord. 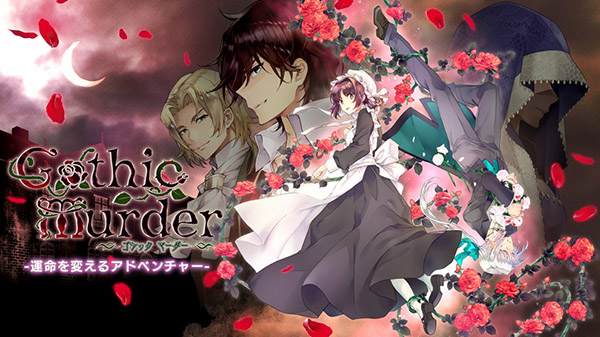 Gothic Murder: Unmei o Kaeru Adventure, which first launched for iOS and Android in September 2019, followed by PC via Steam on February 12, is coming to Switch via the Nintendo eShop in Japan on March 12 for 1,200 yen, developer Orange announced.

This is an original mystery game developed by Orange, who have previously worked on a number of other mystery adventure games including the Jake Hunter Detective Story series and Inuwashi. Enjoy five cases through the beautiful illustrations of Yasuyuki Shuri (Seijo no Maryoku wa Bannou Desu, Okashi-na Tensei).

The story is set at the manor of a Count in early 20th century England. The protagonist, a maid at the manor, can foresee the nearby deaths of others in her dreams. And what she foresaw was the death of the Lord she serves. At that time, the manor was also abuzz over inheritance and an ominous will. A dreadful murder plot was moving forward in that manor… To save the life of her Lord, the protagonist scrambles based on the information she receives from her dreams—.

Investigate the manor and make deductions based on the information you gather. Solve the mysteries of each case through intuitive and simple controls. If your deductions fail, the Lord’s death awaits. If you manage to save him, will a secret love lie beyond?

Dragon Marked for Death coming to PC on April 21