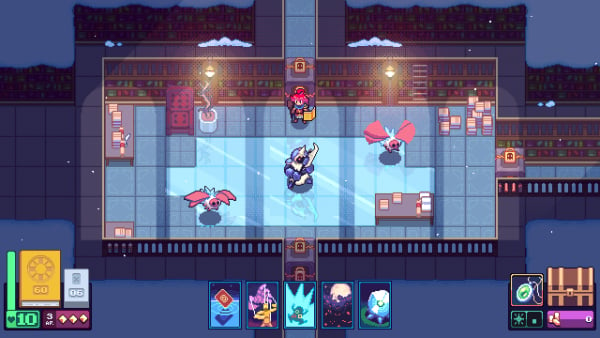 Developer Manalith Studios has launched the Kickstarter campaign for Dungeon Drafters, a roguelite dungeon crawler where magic is unleashed via cards. It is seeking $12,500 in funding for release on PC with an estimated window of July 2021.

Here is a brief overview of the game, via Manalith Studios:

Dungeon Drafters is a world where magic is cards and cards are magic. Play as a young adventurer, eager to explore ancient dungeons and find long-forgotten cards to build the legendary spell deck that could defeat the one wielding the forbidden cards the entire world fears!

Dungeon Drafters is being developed by Manalith Studios. A prototype version of the game was launched in November 2018 on the Itch.io platform, and after that development was continued with a larger team, due to positive feedback from the community. Now with 8 developers, the project has a new look. Its launch will be in the middle of 2021.

Watch the Kickstarter campaign trailer below. View a set of screenshots at the gallery.