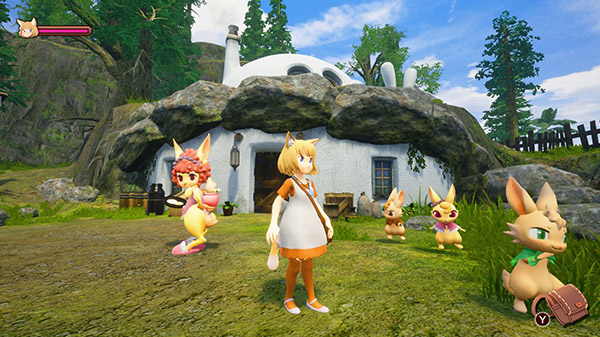 Atelier Mimina-developed 3D adventure and rhythm action game Giraffe and Annika is now available for PC via Steam at a 10 percent-off launch discount price of $17.99, and an Xbox One version will join the previously announced PlayStation 4 and Switch versions coming later in 2020, publisher Playism announced.

Join the cat-eared heroine Annika on her adventures in the mysterious island of Spica! Tasked by the young boy Giraffe, she sets off to find pieces of the stars. Solve the islands hidden mysteries!

Annika awoke from a strange dream to find herself stranded on the mysterious “Spica Island”!

Upon exploring, she meets a boy named Giraffe, who seems to know her yet she can’t remember him at all. Giraffe tasks Annika with finding three special star fragments on the island. Only then will she be able to unravel the mystery!