A mix between tactical RPG and soccer. 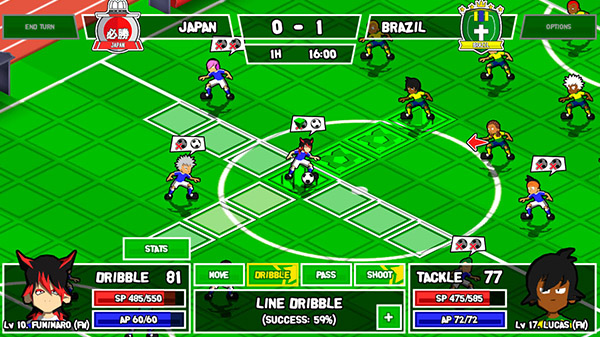