From publisher Another Indie and developer Hunter Studio. 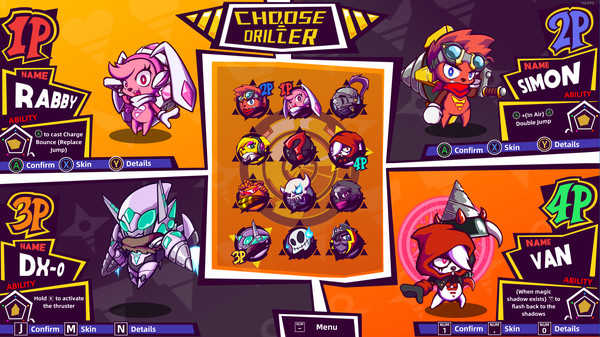 Publisher Another Indie and developer Hunter Studio have announced four-player party game Drill Man Rumble. It will launch for PC via Steam in early 2020, followed by PlayStation 4, Xbox One, and Switch at a later date. It will also be playable at PAX East 2020, which runs from February 27 to March 1 in Boston.

Drill Man Rumble is a drill-tastic party game that pits drill wielding warriors in a battle for supremacy! Master a wide variety of drills and compete across danger filled arenas but never forget, one hit and you’re DONE!