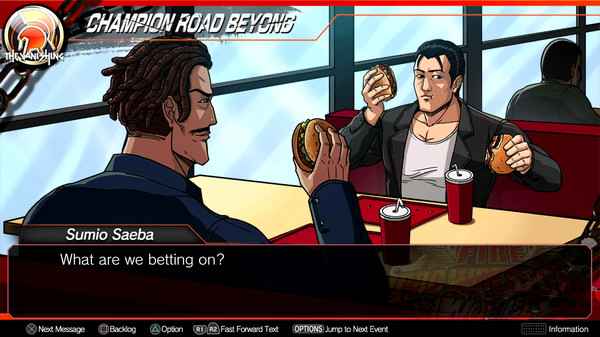 Spike Chunsoft has released the launch trailer for Fire Pro Wrestling World downloadable content “Fighting Road: Champion Road Beyond,” which launched today for PlayStation 4 via the PlayStation Store (North America / Europe) and PC via Steam for $9.99 / £7.99.

Here is an overview of the downloadable content, via Spike Chunsoft:

Wrestler Morio Sumisu’s life ended in tragedy at the height of his career. Now his son has set out on the same path of glory, but can he find a way to the top without following in his father’s haunted footsteps?

Scenario writer Goichi “Suda 51” Suda returns to the Fire Pro ring for the sequel to his infamous Champion Road scenario that launched his career 26 years ago.

Fire Pro Wrestling World is available now for PlayStation 4 and PC via Steam.