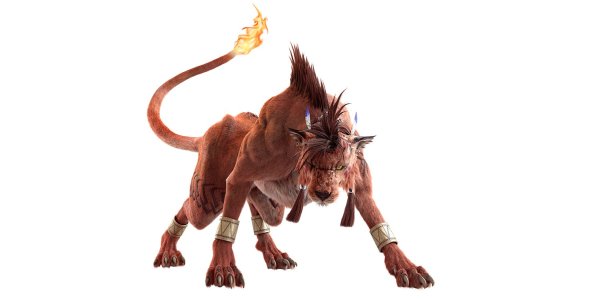 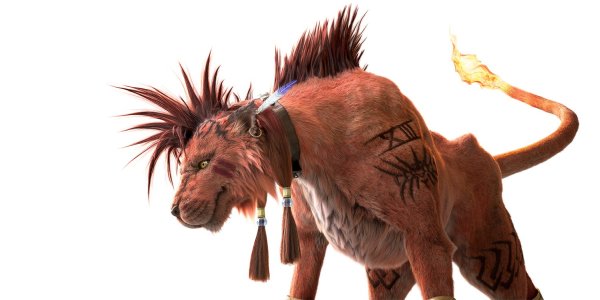 He has red fur, sharp claws and a flaming tail—but Red XIII is no mindless beast. In fact, he’s as intelligent and well-spoken as any human.

In Final Fantasy VII Remake he’s in… well, let’s just call it a tough spot. He has been captured and used as a test subject by Shinra scientist Hojo. 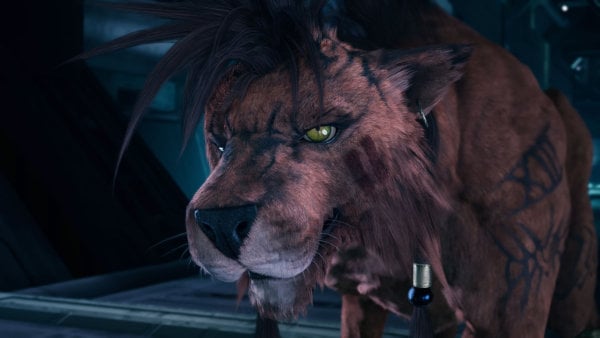 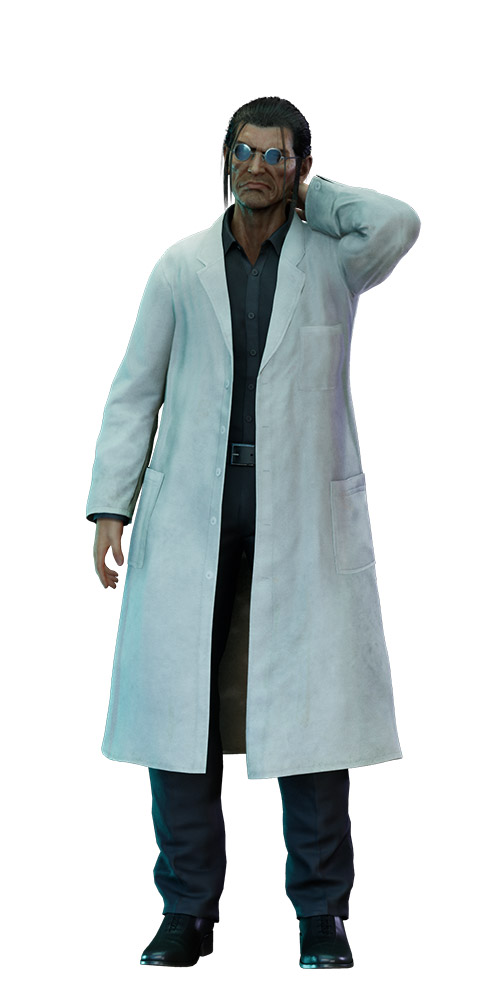 The Director of Shinra’s Research and Development Division is not a man bound by common ethics or morality. If his experiments require him to take a life, he will do so without hesitation.

His scientific acumen is undeniably impressive—in a previous collaborative role, he performed special surgery on soldiers to increase their physical strength. In doing so, he helped birth Shinra’s elite SOLDIER unit. 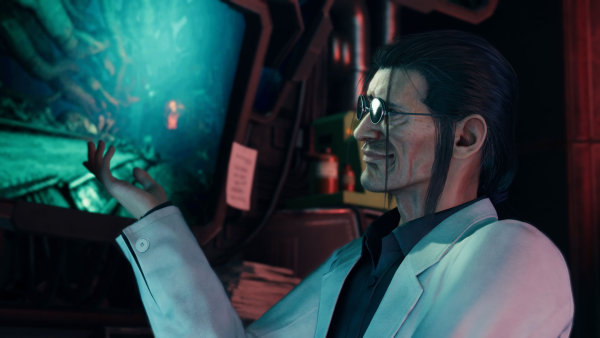 Tifa Lockhart—she is a brave member of the anti-Shinra group Avalanche, a loyal friend and the owner of the best bar in the Sector 7 slums (just ask Wedge).

She is also a powerful warrior who takes down opponents with fast strikes with just her fists and feet. In battle, Tifa is a swift fighter—repeated presses of the Square button will let her perform quick combos.

She also has a powerful unique ability—press the Triangle button after a combo, and she will release some powerful moves.

—Whirling Uppercut: A powerful upwards strike that will send a foe soaring. 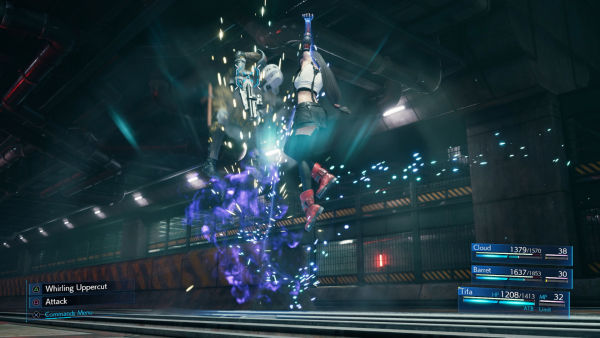 —Omnistrike: Tifa slams into the enemy with a brutal shoulder barge. 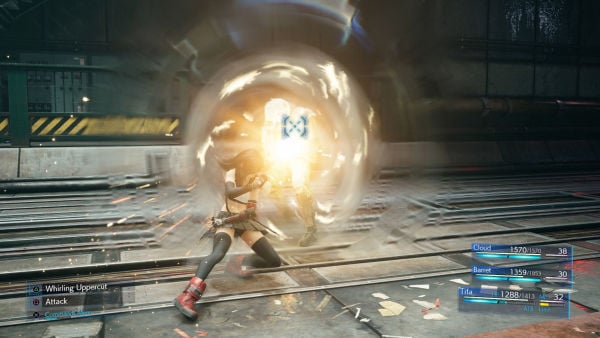 —Rise and Fall: After waves of kicks, Tifa finishes with a powerful blow from her fist. 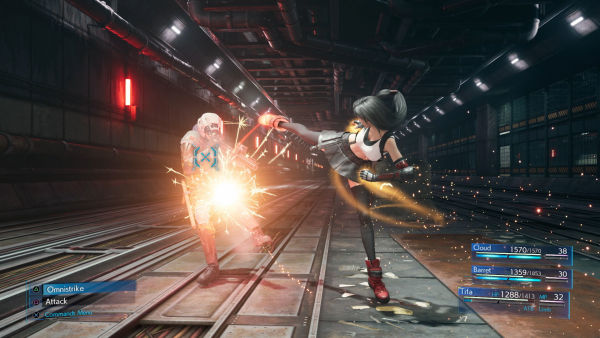 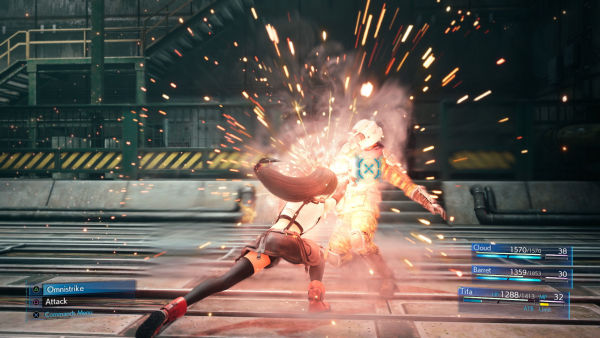 In Final Fantasy VII Remake, attacking enemies will fill your ATB bar. When it is full, you can use it to launch a special ability.

We’ve previously seen some of Aerith’s moves, but what does Tifa bring to the party?

—True Strike: Hits an enemy directly in front of her. 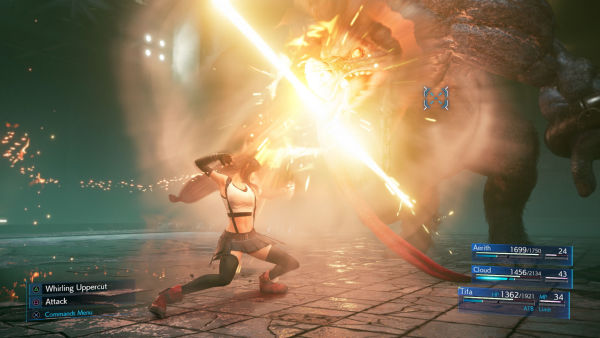 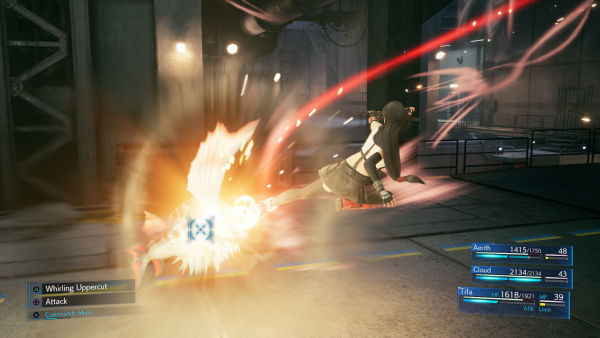 Healing Materia lets you use healing spells like Cure and Cura. In the shot above, Aerith’s using Regen – a spell that gradually heals a target for a set time. 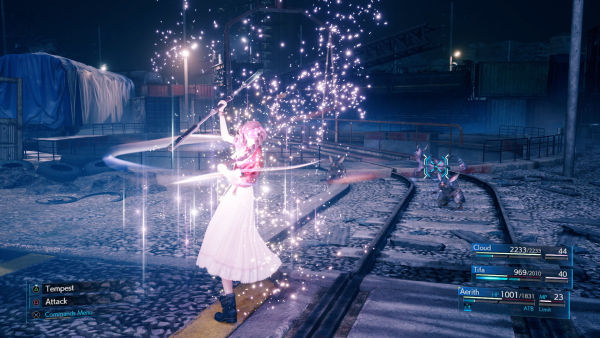 Deadly Dodge Materia lets you turn any attack after evading into a powerful melee strike. We can see Cloud using it above – although any character can equip it too. 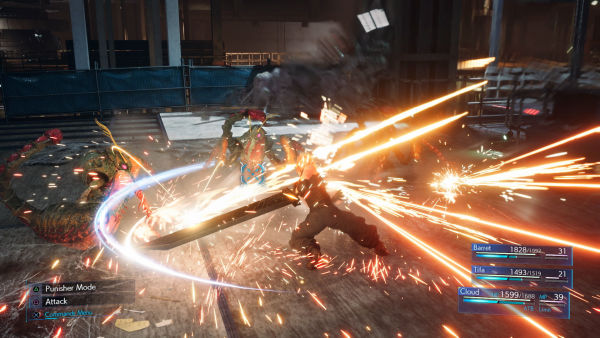 Nail Bat! One of the most fondly-remembered weapons from the original game is reimagined in glorious style. As the screenshot shows, when you equip a new weapon, your character’s appearance will change in and out of battle. 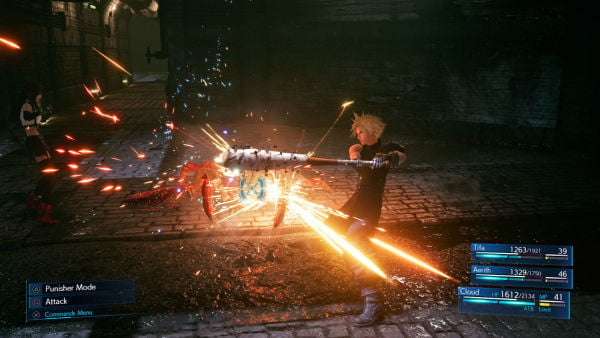 Citizens and merchants across Midgar will ask Cloud for help. As a jack of all trades, Cloud will help them with these quests, which could be anything from taking down some troublesome monsters to helping find lost cats.

This quest tasks Cloud with taking care of some Drakes. If he completes it, he’ll be well rewarded. 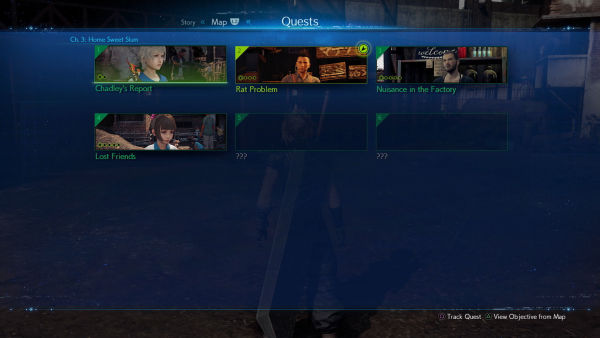 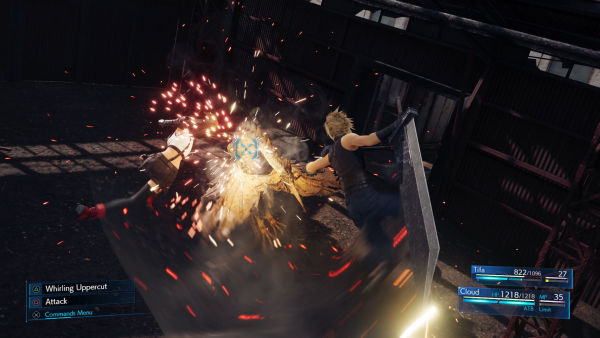 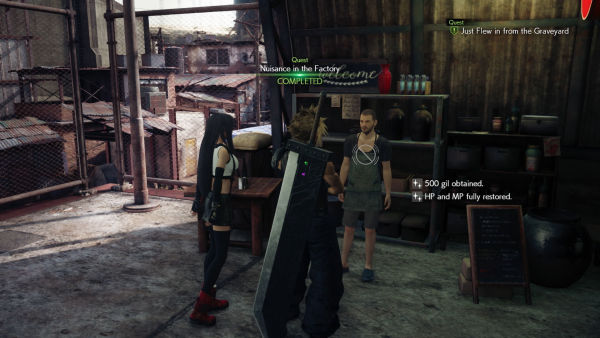 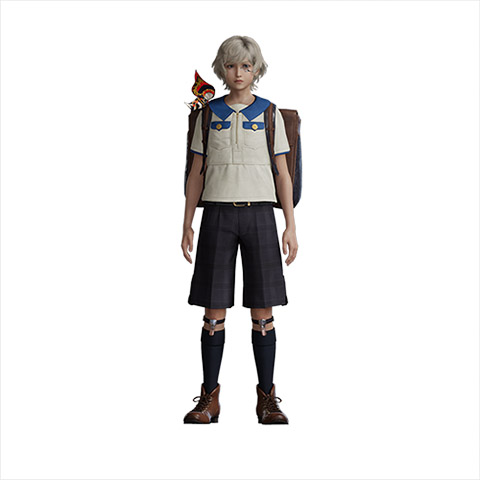 A 15 year-old research trainee who works under Professor Hojo. You will find him in the Sector 7 slums, where he researches new types of Materia—if Cloud helps out, he’ll develop and sell Materia for the team.

Battle Report quests are available from Chadley. He will request that you complete various requirements, such as using Assess Materia a certain number of times, or defeating enemies in a specific way. Complete these tasks, and he’ll develop more Materia that you can purchase. 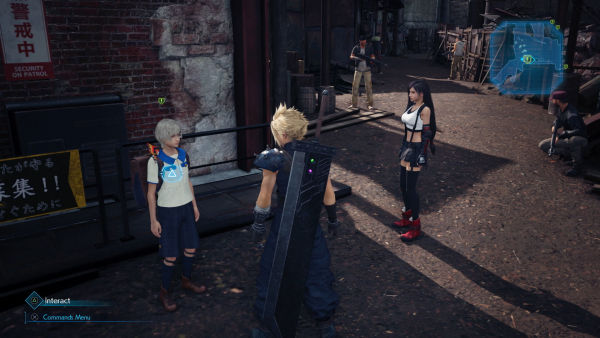 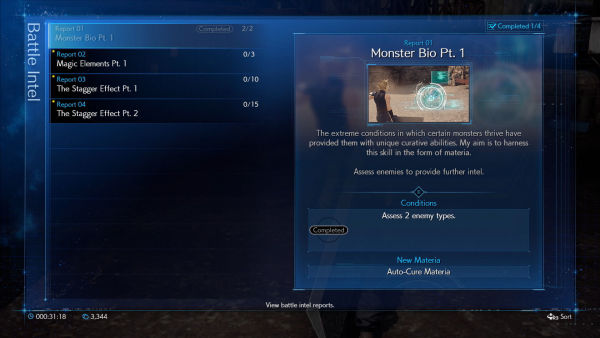 Summons are a powerful type of Materia. Equip one to a character, and they’ll be able to bring a powerful ally into battle. 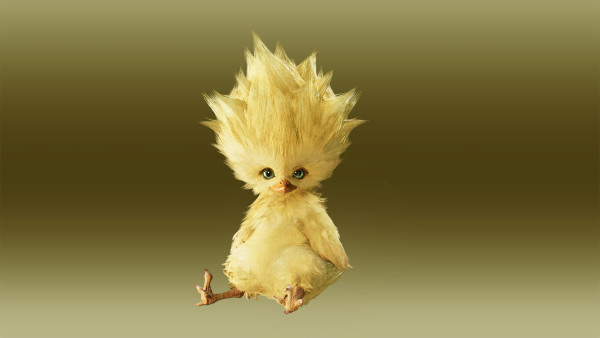 This is Chocobo Chick. We know what you’re thinking: d’awww, adorable, right? How could something so cute and fluffy be dangerous?

Don’t be fooled—Chocobo Chick is plenty powerful, and will assault your foes with powerful attacks. It’s included when you preorder any edition of Final Fantasy VII Remake. 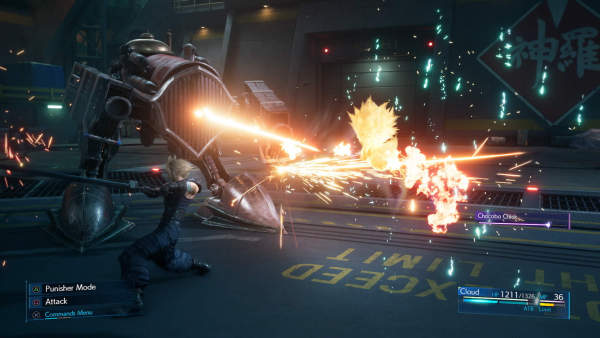 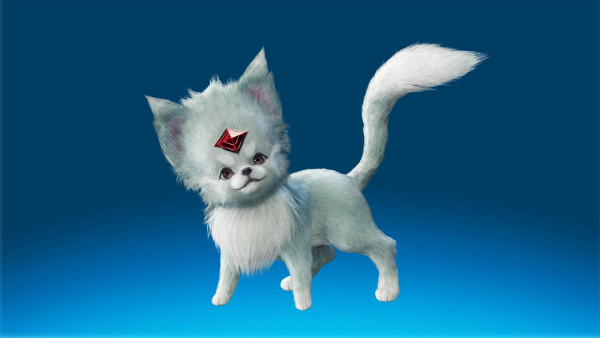 Carbuncle is a mystical creature with a ruby attached to its forehead. It gives power to allies with the shining gem. This summon is included with preorders of the Digital Deluxe Edition from the PlayStation Store. 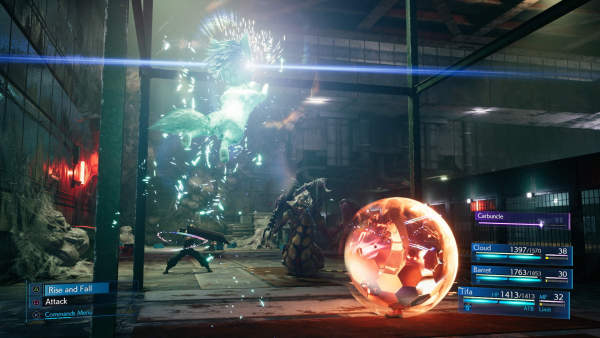 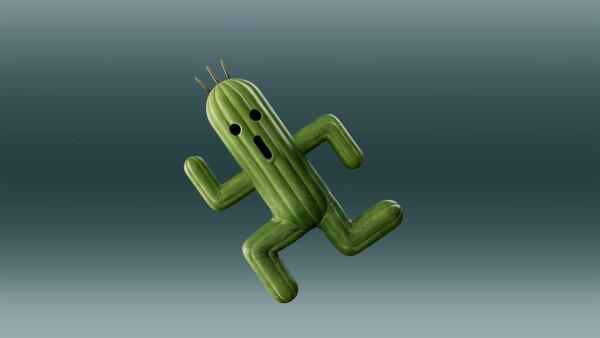 Cactuar is a true icon of the Final Fantasy series. In Final Fantasy VII Remake, this summon uses incredibly powerful needle attacks while always keeping that trademark vacant expression. You will get Cactuar when you preorder the Deluxe Edition, Digital Deluxe Edition, or 1st Class Editions of the game. 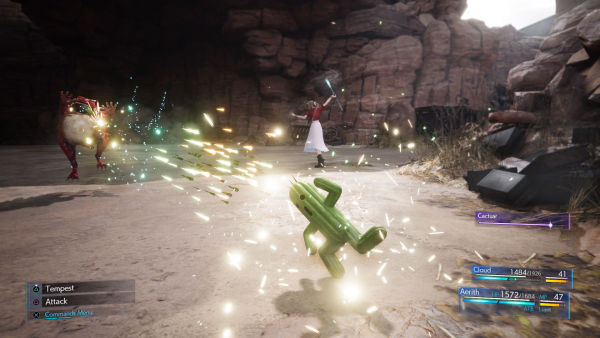 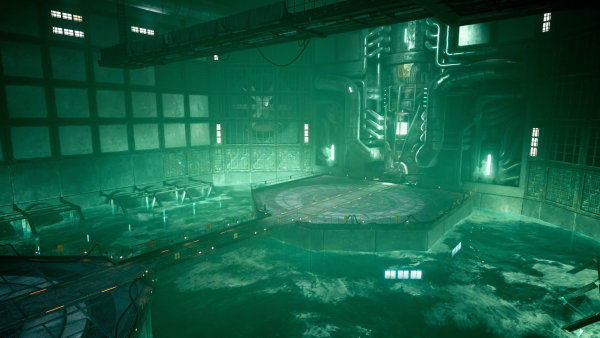 This Mako Reactor sucks out Mako from the core of the planet. The Shinra Electric Power Company turns it into electricity or liquid gas for cities, to produce Materia and for other scientific research.

Shinra has a total monopoly on the resource, and has built several reactors around the world. That said, the safety of these structures has been questioned, as there have been confirmed accidents in remote locations. 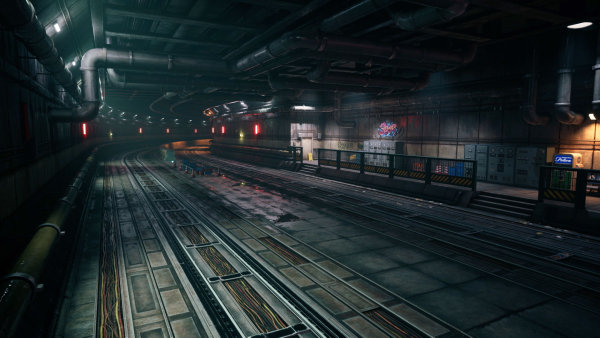 The Corkscrew Tunnel connects the streets of the slums beneath Midgar’s plate, to the living areas on top.

The tunnel coils upwards in a giant corkscrew through the centre of Midgar, and anyone who rides the train are is ID checked.

If an unauthorized intruder is discovered, they are dealt with harshly and quickly.