Falcom president Toshihiro Kondo: ‘Ys team starting to move towards the next Ys’

But will it be Ys X or a remake of a previous title? 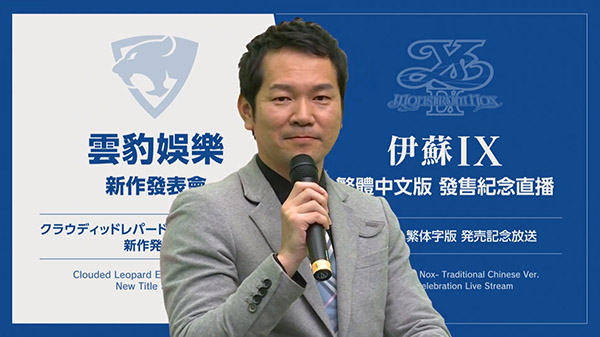 “The Ys team is starting to move towards the next Ys,” Kondo said. “However, I cannot say at this point whether it will be [Ys] X or a remake of a previous title. Since I’m getting pressured by our staff saying, ‘It’s going to be the 35th anniversary of Ys in two years,’ I want to do my best to be able to show off something as soon as possible.”

The latest entry in the Ys series, Ys IX: Monstrum Nox, launched for PlayStation 4 in September 2019 in Japan.

The Legend of Heroes: Trails of Cold Steel IV ~The End of Saga~ coming to PC with Traditional Chinese and Korean subtitles Previous post
Mobile Suit Gundam Extreme VS. Maxiboost ON 'Informational' trailer, 'Zaku Amazing' gameplay and screenshots Next post