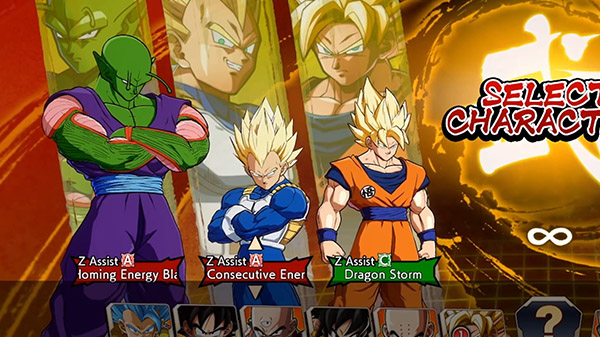 Here is the full message from Hiroki:

Today, I have some new information that I wanted to share with you. Dragon Ball FighterZ is going to enter its third year, and I would like to talk a bit about how we are planning to update the battle system.

The general concept of the third season is to deliver users a fresh experience. While keeping what’s good as is, we will be adding new features and adjustments to give everyone a fresh new take.

We will also be implementing different Battle Adjustments, but our general goal is to create a situation where many different characters are used by different players. The “Z Assist Select” is one example. We wanted to avoid a situation where users had to choose a specific character just for their Z Assist, or just for their character size, and allow users to express and show more of their individuality with the characters they choose, and the way they fight.

We are also planning to make adjustments that prevent one-sided games caused by specific powerful attacks and combinations, as well as adjustments that give users a chance to turn the tables, even if they only have one character left. We will be implementing a specific feature for this, so we hope players will give it a try and let us know their thoughts.

And nothing has been set in stone for the next topic, but during the second season of Dragon Ball FighterZ, we didn’t make any adjustments to the battle after the World Tour began. However, for the third season, we would like to consider making adjustments during the season if necessary. But instead of making small adjustments multiple times, we will most likely make one big adjustment at one timing instead. Again, this really depends on the situation during the third season, so nothing can be said right now, but I wanted to take this opportunity to share our thoughts and objectives.

You will also notice that we’ve changed the user interface, and added new modes to truly deliver users a fresh experience.

carlospsp ⋅ Banner of the Maid for PS4, Switch launches August 12 ⋅ 7 minutes ago