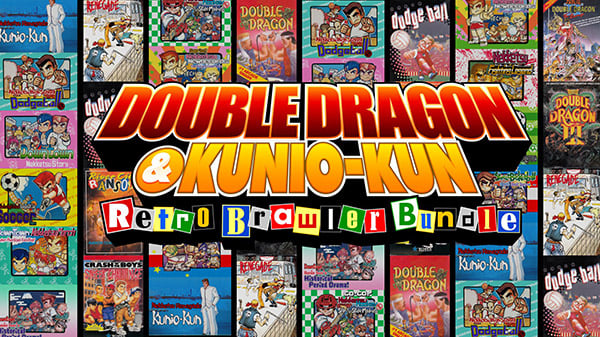 Arc System Works will release Double Dragon & Kunio-kun Retro Brawler Bundle, which originally launched in Japan as Kunio-kun: The World Collection, for PlayStation 4 and Switch on February 20 in the west, the company announced.

The Xbox One and PC versions released in Japan were not announced for the west.

Double Dragon & Kunio-kun Retro Brawler Bundle includes a total of 18 titles, including seven classic Double Dragon and Kunio-kun games from the 1980s and 1990s, and all 11 Kunio-kun classic titles released for the Family Computer Disk System in Japan localized for the first time.

Watch a set of gameplay videos below. View a set of screenshots at the gallery.