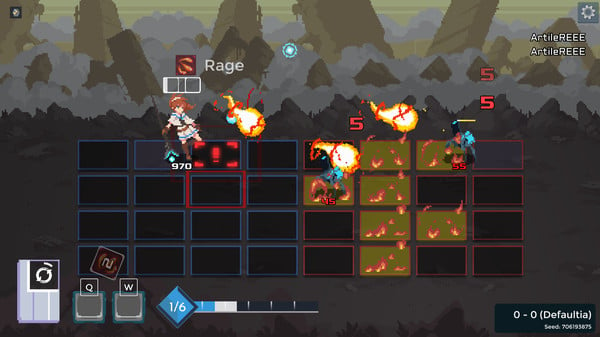 One Step From Eden, a deck-building roguelike with real-time grid-based combat, will launch for Switch via the Nintendo eShop and PC via Steam and the Humble Store on March 26, publisher Humble Bundle Presents and developer Thomas Moon Kang announced. A PC demo is available now via Game Jolt.

One Step From Eden combines strategic deck-building and real-time action with roguelike elements. Cast powerful spells on the fly, battle evolving enemies, collect game-changing artifacts, make friends or make enemies. Make it one step from Eden, the last shining beacon of hope in a bleak post-war world. Fight alone (or with a friend in co-op) and lead your character down a path of mercy or destruction.

Giraffe and Annika now available for PC, coming to Xbox One alongside PS4 and Switch in 2020 Previous post
Kingdom Under Fire: The Crusaders for PC launches February 28 Next post