Horror RPG sequel asks, "What happens when reality is consumed by darkness?" 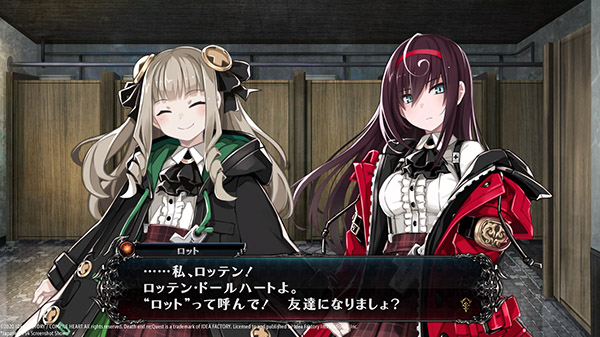 Idea Factory International will release horror RPG Death end re;Quest 2 for PlayStation 4 in North America and Europe in 2020, the publisher announced. The game will be available both physically and digitally, as well as offer both Japanese and English audio options.

Death end re;Quest 2, which first launched in Japan on February 13, is developed in collaboration with Corpse Party series scenario writer Makoto Kedouin and Death end re;Quest 1 character designer Kei Nanameda. It is a sequel that poses the question, “What happens when reality is consumed by darkness?”

View a new set of Japanese screenshots at the gallery.