Set in the dystopian underworld of a near-futuristic New York City. 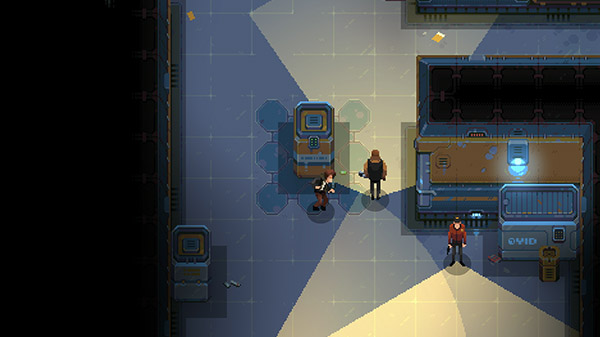 Cyberpunk stealth action RPG Disjunction will launch for PlayStation 4, Xbox One, and Switch in addition to its previously announced PC (Steam) version this summer, publisher Sold Out and developer Ape Tribe Games announced.

“With Disjunction, Ape Tribe Games is delivering exactly what it set out to achieve—a title designed for gamers searching for deep cyberpunk-inspired lore, combined with challenging gameplay,” said Sold Out community manager Sean Labode in a press release. “Anyone looking for gritty action encapsulated in a compelling narrative will be drawn to Disjunction, and we’re eager to give players a glimpse of this at PAX East.”

A new demo of Disjunction will be playable at PAX East 2020, which runs from February 27 to March 1 at the Boston Convention Center. It will introduce protagonist Frank Monroe, a jaded private detective investigating the possible murder framing of a local community activist.

Set in the dystopian underworld of a near-futuristic New York City, Disjunction is a single-player, cyberpunk, stealth-action RPG that follows the intertwined narratives of three characters as they unravel a mystery that will change the fate of their city.

A classic RPG featuring hardcore stealth-action mechanics and a reactive story where your choices have real consequences, Disjunction gives players the freedom to take the gameplay approach that suits their playstyle: blasting through levels in brutal fast-paced combat, or sneaking around encounters to avoid confrontation.