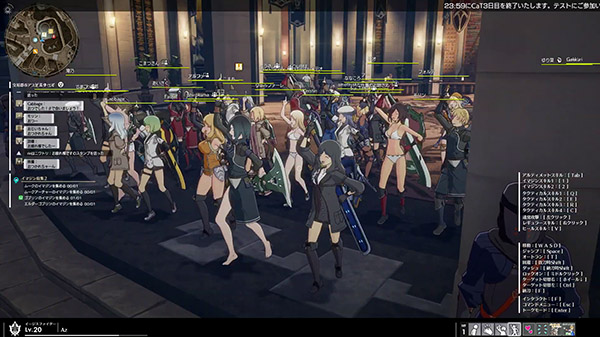 The official Twitter account for Blue Protocol, the online action RPG in development at Bandai Namco Online and Bandai Namco Entertainment, has posted a new tweet for the first time since September 2019 today.

“Sorry to keep everyone waiting!” the update reads. “Starting today, official Twitter activity for the PC online action RPG Blue Protocol will resume! We will be sharing the latest information, so please give us a follow!”

The account also announced that the non-disclosure agreement on images and video from the closed alpha test held in July 2019 has been lifted, allowing players to now publish any media they have captured. The terms of use for publishing this content is available here.

In related news, Bandai Namco is hiring for a Blue Protocol localization director with English language skills. The company has also recently trademarked Blue Protocol in regions such as Europe (2) and Canada (2). Both of these things suggest Bandai Namco is planning a worldwide release for the online action RPG.

Watch some of the closed alpha test videos that have surfaced on YouTube within the last few hours below. Read more about the game here.