Become the richest person in Japan. 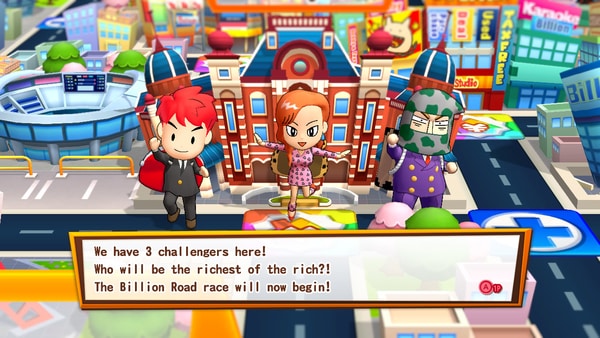 Billion Road will launch for Switch via the Nintendo eShop and PC via Steam in the west on April 16, a delay from its previously planned March release window, the game’s Nintendo.com, Nintendo.co.uk, and Steam pages confirm.

The core objective in Billion Road is pretty straightforward—travel all across Japan and earn more money than anyone else. You earn money by landing on property squares with investment opportunities, like a sushi restaurant in Ginza or an animation goods store in Akihabara. After you invest, you’ll have to wait until March rolls around for those investments to pay off. In the meantime, be on the lookout for errant monsters that may shower you with riches…or throw a wrench in your plans! You can also earn extra money by landing on item squares, which can either help you reach your own goals or simply ruin your rivals’ plans. If you finish the game with the most money…you win!