A story of a kitten left alone in a town. 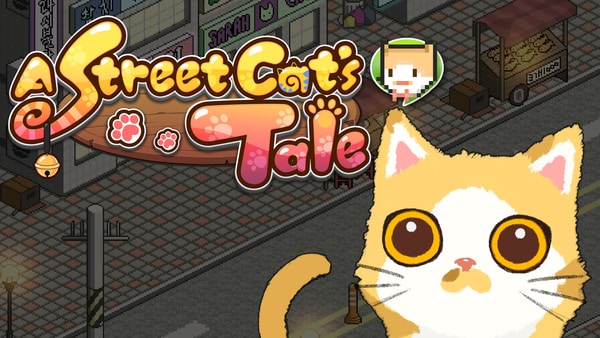 The Switch version of A Street Cat’s Tale will launch via the Nintendo eShop on March 12 worldwide for $7.99, publisher CFK and developer feemodev announced. Pre-orders will open on March 5. It will support English, Japanese, Traditional Chinese, Simplified Chinese, and Korean language options.

A Street Cat’s Tale first launched for iOS via the App Store and Android via Google Play in August 2019, followed by PC via Steam in September 2019.

A Street Cat’s Tale is a light survival game about an adorable little kitten. This heart-warming story is told through beautiful retro-style graphics and features a large cast of memorable characters.

You’ll take on the role of a young kitten forced to survive for up to 10 days in a big city, scrounging for food and shelter. During your adventure you’ll meet a variety of interesting people and animals. Some will feed you and help take care of you, while others may be surprisingly mean and cruel… A Street Cat’s Tale features multiple endings determined by how you react to the people and creatures around you.

This new Nintendo Switch version of the game has added a number of features to improve the gameplay experience for users, as well as new language options such as English, Chinese, and Korean.