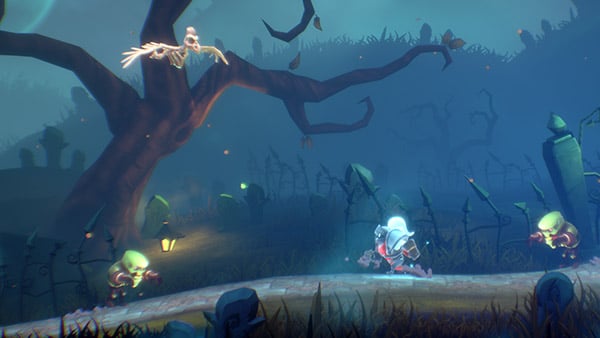 Ghost Knight: A Dark Tale is a 2.5D action platformer, set in a toon dark fantasy world, where a mad king, in search for immortality, opens portals to a dark dimension. As Ghost Knight, a spirit bound to a suit of armor, you must traverse an epic land of undead, demons, witches, and beasts to stop the mad king’s misled quest. Can you free the land of Lorentia from the mad King?