All you need to know about the undead shooter. 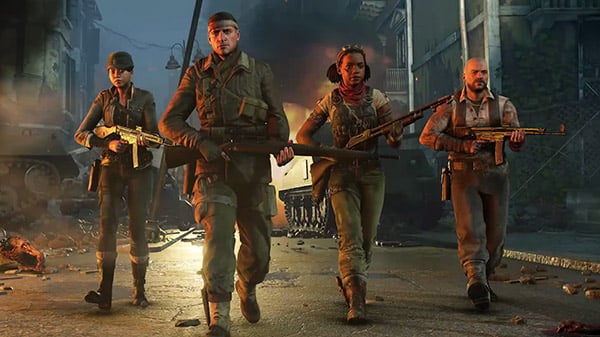 Rebellion has released a “101” trailer for Zombie Army 4: Dead War.

Hitler’s hordes are back for more in this spine-chilling shooter from the makers of Sniper Elite 4! Abominable occult enemies, epic weapons and a harrowing new campaign for one-to-four players await in 1940s Europe, as you fight to save humankind from undead Armageddon!

Zombie Army 4: Dead War is due out for PlayStation 4, Xbox One, and PC via the Epic Games Store on February 4.

Budgiecat ⋅ Sony Interactive Entertainment has “strong ties” to Japanese licensees, will continue to strengthen going forward ⋅ one minute ago

CasePB ⋅ The Persistence Enhanced announced for PS5, Xbox Series, and PC ⋅ one minute ago