"The Isle of Armor" due out in June, followed by "The Crown Tundra" this fall. 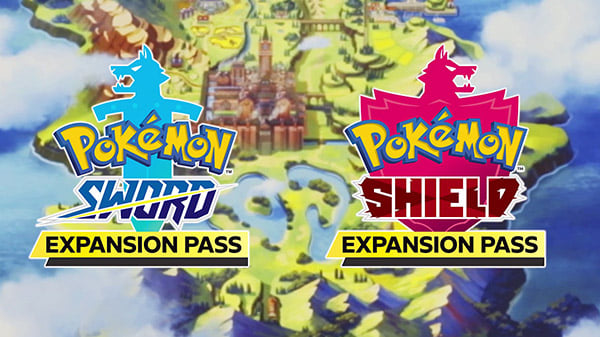 Here is an overview of each expansion, via today’s Pokemon Direct broadcast:

Part 1: The Isle of Armor

The next destination in your adventure is a giant island off the shores of the Galar reegion known as the Isle of Armor. This island is full of beautiful natures. You’ll find beaches, bogs, forests, caves, and dunes. And of course, you’ll find Pokemon that you couldn’t previously find in Galar dwelling there, too.

There’s a dojo for Pokemon battles on this island. And you’ll take up an apprenticeship under the Pokemon trainer who runs it. Mustard will become your mentor. He is also the mentor of champion Leon, who you probably know quite well. In fact, Mustard has occupied the seat of champion himself in the past.

Next, we’d like to introduce the legendary Pokemon that will be central to the story. Kubfu is a Fighting-type Pokemon that strives to become stronger with single-minded dedication. As you progress through your training, Mustard will entrust you with this Pokemon. Once you complete your training together with Kubfu, it will be able to evolve into Urshifu.

What’s more, it’s been revealed that Urshifu has a Gigantamax form. Each style has a different appearance, as well as a different G-Max move. You’ll be able to evolve your Kubfu into an Urshifu in one of these two styles, Single-Strike Style or Rapid-Strike Style, during your adventure.

Urshifu is a powerful Pokemon with a brand-new ability. And it also has a new move for each of its new styles. Once you’ve completed your training, bring it with you for some online battles or official competitions.

We also want to talk about Rillaboom, Cinderace, and Inteleon, the final evolutions of the first three Pokemon you team up with in the Gallar region. During your adventure in the Isle of Armor, these special partners on your team will be able to Gigantamax. You can look forward to seeing their new forms and new G-Max moves.

And as you can see here, there is even more in the works to make sure your journey is as smooth and fun as possible:

There are new fashion items, and you’ll even be able to obtain new looks for your bike.

This expansion is set in the snow-swept realm of The Crown Tundra. Take a look for yourself at the beautiful scenery of this shining, silvery landscape.

As it turns out, the Isle of Armor isn’t the only uncharted area waiting for you all in the Galar region. In this frigid area, with its towering winter mountains, people live in small communities that support and rely on each other.

Much like on The Isle of Armor, you’ll be able to find Pokemon that didn’t appear in the Galar region before. Fitting right in with this area’s theme of exploration, there will be plenty for you to uncover. You might find a strange temple where you least expect it, or maybe spy a mysterious giant tree growing in a place it doesn’t seem to belong.

A certain person will appoint you as the leader of their exploration team in The Crown Tundra. You can gear up for adventure and then head out to explore blizzard-swept fields, and even deep inside Pokemon dens that you could only previously get a glimpse of during Max Raid battles.

Next, we’d like to introduce Calyrex, the legendary Pokemon you’ll discover during your adventure. Legends say this Psychi- and Grass-type Pokemon once ruled over a part of Galar that included The Crown Tundra. It’s characterized by its graceful, regal movements. Get ready to experience a never-before-told story about the mysteries of Calyrex.

It also appears that some brand-new legendary Pokemon are also waiting to be found somewhere in this land. And combined with The Isle of Armor, dozens of new clothing items will be added. Plus there will be new battles waiting for you to challenge once you complete your entire game, including The Isle of Armor and The Crown Tundra.

We can’t go into the details of everything, but we’re working on planning and developing new ways to enjoy Pokemon even as we speak. The Isle of Armor and The Crown Tundra areas themselves are actually two key examples of the things we’re working on. Both areas are in fact seamless maps much like the Wild Area you can already experience in the Galar region, where players can move around freely and control the camera. Of course, you’ll be able to connect with other trainers and play with them, too. There will be Pokemon Dens as well, and you’ll be able to engage in Max Raid battles against Pokemon that haven’t previously appeared in the Galar region. There’s more to see and do in The Isle of Armor and The Crown Tundra than there was even in the Wild Area.

We’ll be releasing free updates for Pokemon Sword and Pokemon Shield that will coincide with the releases of The Isle of Armor and The Crown Tundra. These updates will allow people who don’t have the Pokemon Sword Expansion Pass and Pokemon Shield Expansion Pass to obtain the Pokemon that appear on The Isle of Armor and in The Crown Tundra through other means such as trading.

Pokemon Home is planned to release in February 2020. More information will be released before then, so please stay tuned.