Rabbit mink and member of the Inuarashi Musketeer Squad. 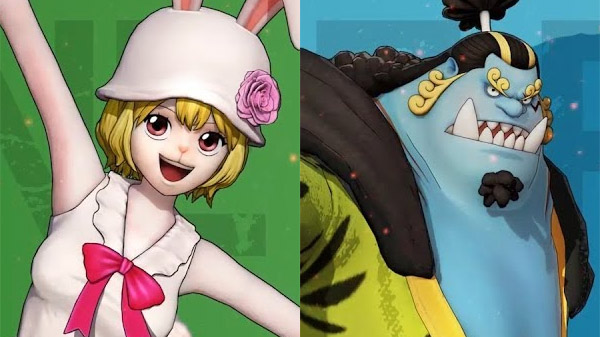 A member of the Inuarashi Musketeer Squad, from the Battlebeast Tribe found on the New World island of Zou. One of the rabbit minks. Along with the two kings of the Mokomo Dukedom, she is in charge of the Kingsbird. One of the strongest of the Minks, mainly thanks to her excellent jumping ability and visual acuity. Take away her favorite carrot and she’ll attack you, pat her head and she’ll regain her senses. She can be a bit bitey.

A whale shark Fish-Man. Also known as “First Son of the Sea Jimbei.” Formerly one of the Seven Warlords of the Sea. He uses both Fish-Man Karate and Fish-Man Jujutsu. When his homeland of Fish-Man Island was being attacked, Whitebeard protected it, for which Jimbei felt a great debt. When Ace was leading his own pirates and made an attack on Whitebeard, Jimbei was the one who fought him to a standstill.