No longer due out on January 21. 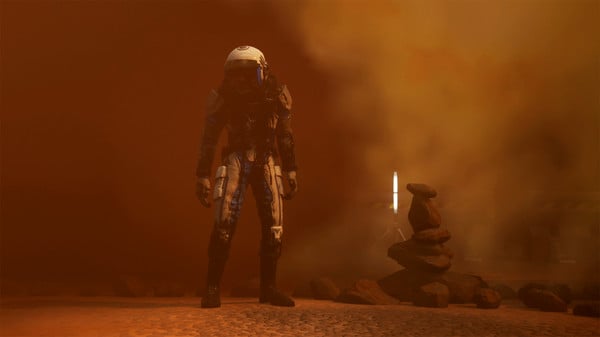 Publisher Funcom and developer Rock Pocket Games have delayed the PlayStation 4 and Xbox One versions of Moons of Madness from their previously planned January 21 release date to March 24.

“It’s with a heavy heart that we have to announce that the console release of Moons of Madness has been moved to March 24, 2020,” the game’s official Twitter account posted. “This is so we have more time to optimize the game for consoles. We understand and apologize for the frustrations this may cause.”

A mysterious signal has been recorded coming from the red planet.

The message confounded Orochi scientists. Their analysts broke it down and determined it was of intelligent origin. Orochi management immediately concluded that the discovery was too sensitive for public knowledge and moved to keep it hidden. In secret, the corporation began construction of Invictus, a state-of-the-art Mars research outpost designed to identify the true nature of the message.

You are Shane Newehart, a technician stationed at the Invictus and your security clearance means you are completely unaware of the existence of the mysterious signal. Your job is simply to keep the lights on until the transport ship Cyrano arrives bringing with it a new team to take over your duties.

Soon you discover strange and unusual setbacks. Crucial systems are malfunctioning, the greenhouse is filled with a strange mist and the rest of your team has yet to return from their EVA mission.
Things are starting to fall apart.

You begin seeing and hearing things that aren’t there. Visions, hallucinations – or is that even what it is? Is this real… or are you slowly descending into madness?

Moons of Madness draws upon the rich lore and mythology of Funcom’s Secret World Legends. Both games exist in the same thematic universe, but playing one is not a prerequisite to enjoy the other.