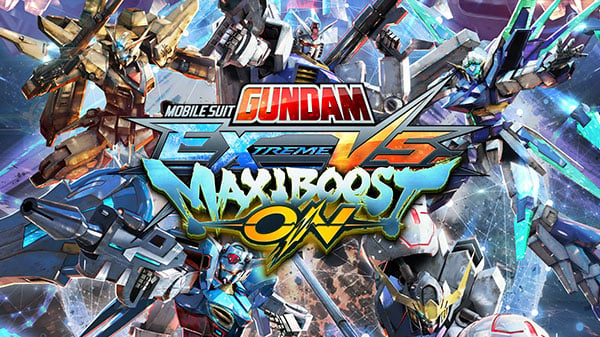 The two-on-two team battle action game features the 183 Mobile Suits that appeared in the arcade version from across 36 Gundam works, including:

Set in the globally iconic Gundam universe, Mobile Suit Gundam Extreme VS. Maxiboost ON enables players to take two-on-two player-versus-player combat to the next level with Mobile Suits spanning the entire breadth of the franchise’s history. In total, Mobile Suit Gundam Extreme VS. Maxiboost ON features 183 playable units from 36 different Gundam iterations, each with unique abilities designed to match any fan’s personal playstyle. Players can choose between three different EX Burst Systems—Fighting Burst, Extend Burst and Shooting Burst—to coordinate with allies and lay waste to all that stand—or fly—in their way.

A demo of the PlayStation 4 version will be playable at Taipei Game Show 2020 from February 6 to 9 at the Bandai Namco Entertainment Taiwan booth. A special stage event will also be held on February 6 from 15:00 to 15:40 local time.